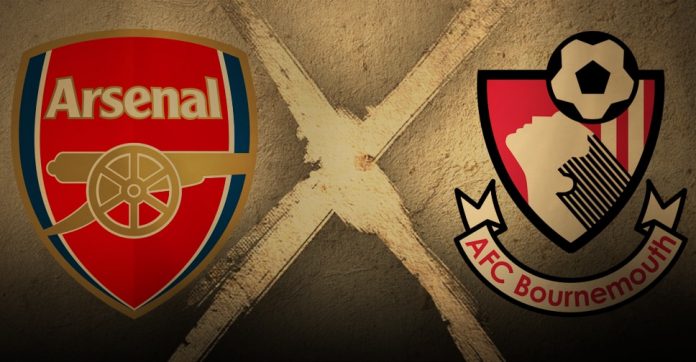 Arsenal will be looking to bounce back from their 4-0 defeat to Southampton on Boxing Day when they take on Bournemouth on Monday at the Emirates.

The defeat at St Mary’s came after four consecutive league victories for the Gunners. Arsene Wenger’s side are still favourites to win the Premier League title, but the Gunners should be wary of Bournemouth, who extended their unbeaten run to six Premier League games with a goal-less draw against Palace on Boxing Day.

In a topsy-turvy season like this, there could be odd slip-up from Arsenal (or other title challengers) but how well they bounce back will determine their title credentials.

Eddie Howe’s side sit 14th in the Premier League table, just one point above Chelsea. They have already beaten Chelsea and Manchester United earlier this month, and are well-equipped to cause an upset here.

Arsenal are likely to make a few changes after their humiliating 4-0 defeat at Southampton on Saturday night.

Wenger has limited options to choose from, as the Gunners still have seven first team players out injured, so expect the majority of the starting XI to remain same. Alex Oxlade-Chamberlain and Kieran Gibbs may come into the side.

Arsenal are still without Rosciky, Welbeck, Coquelin, Arteta, Sanchez and Cazorla. Jack Wilshere is also a long term absentee, after Wenger confirmed the injury-plagued midfielder will not return before February.

For Bournemouth, Joshua King could return to the side if he shakes off his hamstring injury. Eunan O’Kane is vying for a place in midfield, after putting in a strong performance against Palace.

6 – Bournemouth are unbeaten in their last six Premier League games