Arsenal returned to winning ways after producing a near-perfect performance on Tuesday night against Galatasaray in the Champions League, beating the Turkish giants 4-1, where Aaron Ramsey scored a sensational goal for the Gunners. Back on the transfer front, we have three separate Arsenal transfer news for you today.

Reputed Italian journalist Gianluca di Marzio claims that Arsenal are showing keen interest in Atletico Madrid striker Alessio Cerci, who has struggled horribly at his new club, since joining in the summer.

Arsenal were one of the clubs showed interest in Cerci in the summer, and although the Gunners missed out on him then, they are keen to re-kindle their old interest in the January transfer window.

Serie A giants Inter Milan are also seemingly interested, but Di Marzio claims Arsenal have already made contact with Atletico over a possible transfer, but the La Liga champions are hesitant to sell him in January, because the rules in Spain would forbid them to re-invest the money.

Inter have yet to register a direct approach, but according to Martin Criscitiello of TMW, the possibility of a swap deal with Mauro Icardi cannot be completely ruled out either.

Moving to other news, according to Tom Collomosee of The Evening Standard, Roma forward Mattia Destro, who is also a reported target of Chelsea, could move to the Premier League in January. 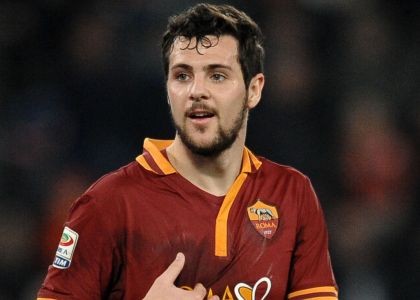 Collomosse claims that the Italian is surplus to requirements at Roma, while his representatives have been given permission to find him a club abroad. He adds:

Standard Sport understands Arsenal have been approached about taking the 23-year-old Destro, who Roma value at about £15million.

But with Olivier Giroud, Danny Welbeck and Yaya Sanogo already at the club, and with reinforcements needed in defence and midfield, it seems unlikely that Arsene Wenger would sanction a move for another striker.

Carvalho has a release clause of £37m and has expressed his desires to play abroad in the past, and his manager hasn’t ruled that possibility of moving in winter.

“William is a target for English teams, but I want him to play his game,” he said ahead of tonight’s final Champions League group stage match against Chelsea at Stamford Bridge, via Daily Star.

“He’s not playing at the same level as last season because last season he was a surprise, but he’s improving. William has many offers. Let’s wait until January.”

Wenger recently said that he doesn’t any striker at the moment, rather could sell Podolski and Campbell, so can’t see the Frenchman going after Cerci or Destro.

However, a move for William Carvalho can’t be ruled out completely. Arsenal need a solid defensive midfielder and Sporting may be willing to do business provided they receive a handsome fee in one go.