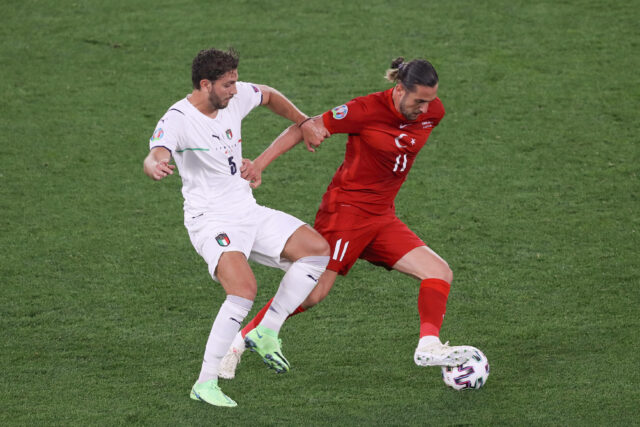 Arsenal are reportedly eyeing a move for Manuel Locatelli this summer.

According to Gazzetta Dello Sport, the Gunners are heavily interested in signing the Italy midfielder but are not alone in the race.

Premier League champions Manchester City, European champions Chelsea, and Serie A giants Juventus are all interested in snapping him.

According to football.london, the Gunners are set to make their move to sign the midfielder as a potential replacement for Granit Xhaka.

The Swiss star is one of the several high profile players who are expected to leave the club this summer. Xhaka is wanted by Jose Mourinho at Roma.

The report claims that Arsenal are ready to bid €40 million (£34.4m) for the Sassuolo midfielder, and club CEO Giovanni Carnevali has confirmed that several foreign clubs are interested in the player.

Locatelli was brilliant last season. He made 34 appearances in Serie A, scoring four goals and providing three assists. He started against Turkey in the opening Euro game and looked impressive.

However, securing a deal for him is easier said than done. The player personally prefers a move to Juventus, and it will require a lot of convincing to bring him to north London.

Locatelli has performed exceptionally well in the past couple of seasons and would be a superb candidate to replace Xhaka.

Man City are also in the chase for him, although the Premier League champions have other priorities this summer.

Read: Fiorentina are winning the race to sign Zeki Celik this summer.