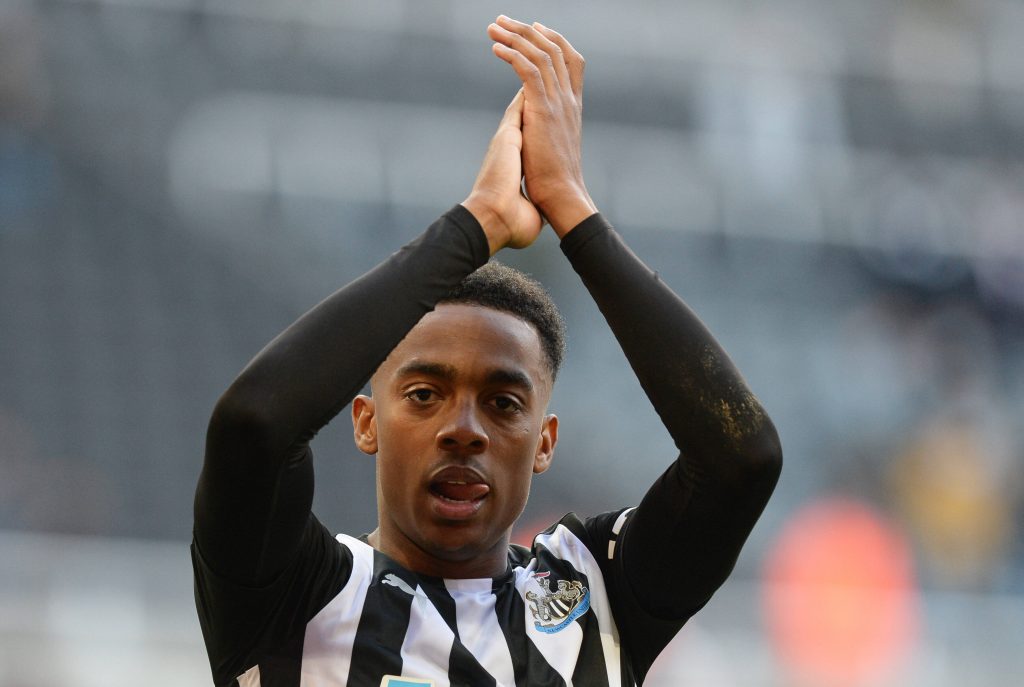 Arsenal midfielder Joe Willock has spoken out on his future after breaking a Premier League record, as per Sky Sports (via Express).

The on-loan Englishman grabbed the only goal of the game as the Magpies edged past Sheffield United.

In the process, the midfielder became the youngest in the league’s history to score in six consecutive matches, taking his tally to seven goals in just 13 appearances.

After the match ended, the Newcastle fans were serenading their player with chants of ‘we want you to stay’.

He was first asked about the club’s objectives for this season, and Willock told Sky Sports: “The manager said before the game, our objective is to surpass what we did last season.

“We always want to get better. I feel like, with this team, Newcastle, we’re a massive club.

“The fans are brilliant. The stadium is brilliant. I feel like we need to aim for more. Our objective is to push for more.

“I feel like getting an extra point than we did last year is a step forward. I feel like next year we need to push on, as well.”

Eventually, the midfielder’s attention was brought towards his future.

“To be honest with you, I haven’t thought about it,” he added. “I’m just trying to focus on what I need to do for the rest of the season.

“When the time comes, I’m going to have the conversation with my father, my agent and see what happens.”

It wouldn’t be an exaggeration to say that the midfielder has kept the Magpies in the Premier League. Without his goals, they would in all probability, be stuck in a relegation battle.

As the season comes to an end, there will be talk about Willock’s future, and it could well be at the Emirates Stadium.

The Gunners will have to consider giving the youngster a chance to stake his claim for a regular starting spot.

The decision on the midfielder’s future would also depend on what the player wants to do.

If he wants to return to Tyneside, the north Londoners could potentially get good money that can be used to fund other transfers.

Arsenal’s decision to loan Willock has proven to be a smashing success and puts them in a win-win situation.

The Englishman has the world at his feet after such impressive performances, and it will be interesting to see where he ends up next season.