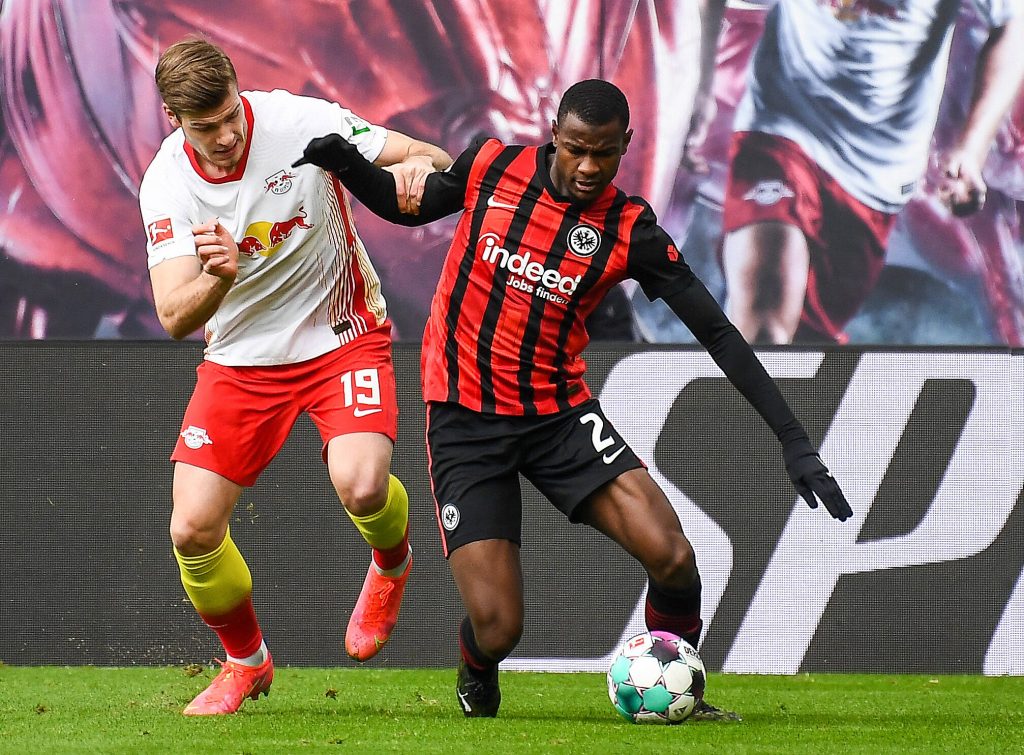 Arsenal are considering a move for Eintracht Frankfurt defender Evan N’Dicka during the summer transfer window, a report from The Express claims.

The Gunners have had a disappointing Premier League campaign and are presently languishing in the 10th spot in the standings.

One of their main concerns has been the lack of consistency in the backline and it is reported that the club are eyeing a new centre-back.

N’Dicka has caught the eye with his impressive performances for Frankfurt, who are currently fourth in the Bundesliga table.

The 21-year-old has played on the left side of a back three and it is claimed that he could be available for around £19 million this summer.

The north London giants have reportedly made contact with his agent Michael N’Cho Ibou, who previously helped broker Nicolas Pepe’s move from Lille.

The Gunners currently have two left-footed centre-back choices in Gabriel Magalhaes and Pablo Mari and both of them have impressed.

Gunners boss Mikel Arteta has preferred to go with a right-footed and left-footed option in central defence, and it has been one or the other, who has started.

A move for N’Dicka does not make much sense at the moment, but he could be a replacement for Mari, who has been linked with Villarreal.

N’Dicka has played on the left side of a back three this term, but he featured at left-back on a number of occasions last season.

The Gunners are also looking for a back-up option to Kieran Tierney and the 21-year-old’s versatility could be a reason for their interest.