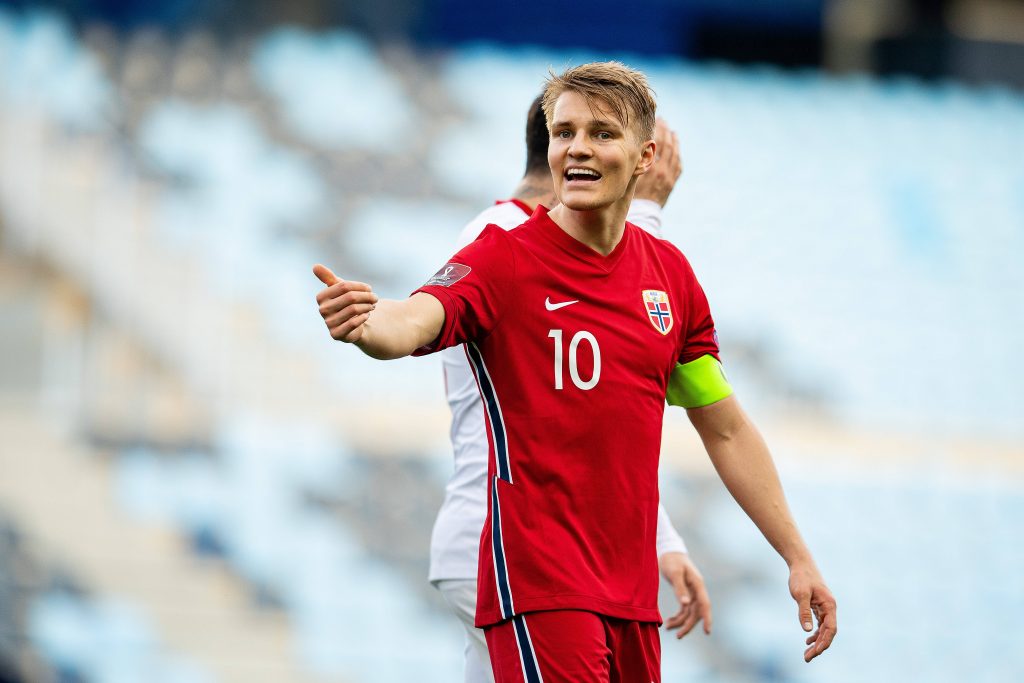 Arsenal have been handed a boost in re-signing Martin Odegaard with the Real Madrid loanee telling people close to him that he would like to stay with the Gunners, football.london reports.

Odegaard had an impressive loan stint with Real Sociedad last term, registering nine goals and seven assists in all competitions. As a result, his two-year loan deal was cut short early by Los Blancos, but he hardly played for them earlier this season.

The 22-year-old was restricted to only 367 minutes of first-team football under manager Zinedine Zidane before making the short-term loan move to the Gunners during the winter transfer window.

Odegaard has since featured for the Gunners on 12 occasions and has already made key contributions with goals against Olympiacos and Tottenham Hotspur while leading the comeback draw against West Ham United last weekend.

It was recently reported that the Gunners’ chances of re-signing Odegaard could improve if Zidane remains Los Blancos’ head coach next term. It is now revealed that Odegaard has told his close ones that ‘he would like to stay at Arsenal’ beyond his loan stint.

However, the Norwegian does not plan to force through a move to the north London club if they don’t come up with a suitable offer to re-sign him from the Spanish champions later this year.

Odegaard has improved the Gunners’ creativity in the final third of the pitch, and his clever range of passing was on full display in the 3-3 draw against the Hammers last weekend.

The attacker made a slow beginning with the Premier League side, but he started to find his feet before the international break with multiple standout displays.

The Gunners are nine points adrift of the top four, and their prospects of qualifying for the Champions League may depend on winning the Europa League this term.

Odegaard will be pivotal to their prospects of doing so. This could boost their chances of signing him permanently with the added revenue from qualifying for the competition.

Otherwise, they may propose to re-sign him on a season-long loan. They have developed a good working relationship with Los Blancos over the past couple of years.

Read: Chelsea could attempt to re-sign Romelu Lukaku if they fail to land Erling Haaland.