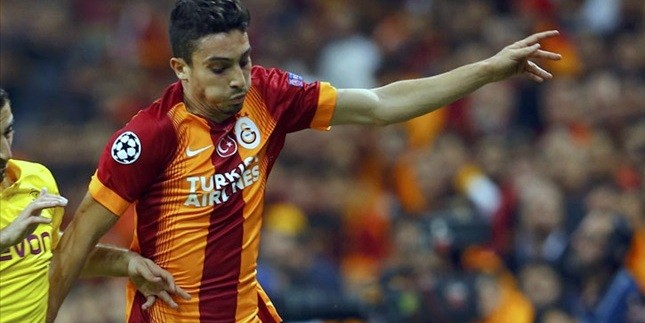 Alex Telles’s agent has provided some good news for the Chelsea fans. But it could be of no use now. The reason being, irrespective of whether there was any strong interest from Chelsea, such transfer rumours are certain to die down, as the Premier League Champions are on the verge of signing Augsburg’s highly rated left-back Abdul Rahman Baba.

German newspaper SportBild confirmed yesterday that Chelsea have agreed a €25m deal for the youngster. The Blues were looking to sign a quality left-back, after Filipe Luis was allowed to return to Atletico Madrid last month.

Last week, reports emerged that Chelsea were closing in on Brazilian defender Telles, who plays for Turkish club Galatasaray. More on the Alex Telles’s transfer rumour, check the report here.

His agent however had denied such rumours, confirming there was no official contact from the Premier League champions.

“I have not received any offer. He is happy in Istanbul, he loves the city and so do his family but in football you never know what can happen, maybe some clubs have made contact but not in an official capacity,”

Otto claims that his agent is happy in Turkey but the defender should not have any problems moving to top European clubs, as he holds an Italian passport. He revealed that he has indeed received offers from other clubs, although there’s nothing concrete in it to announce publicly.

“There are many clubs who are making offers for him, although nothing official has been done and he is still happy to be at Galatasaray. He could play for Chelsea or Paris Saint-Germain as he has an Italian passport, “said his agent on the interest from Chelsea, via Sport Witness.

Encouraging news for all the interested parties, but at this moment, Alex Telles’s transfer to Chelsea is highly unlikely. In all probability, Chelsea will not make any formal move for him at the first place. Having already submitted a bid for Baba, and the deal will likely to go through, the club would not be needing any more left backs for the upcoming season. PSG could be interested though in signing Telles, should the Paris giants manage to sell Lucas Digne in the summer.