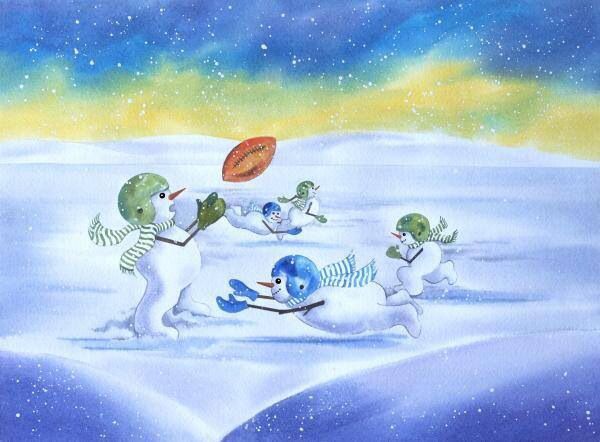 Snow is causing all sorts of headaches for fans, teams, players and executives of Buffalo based teams this week. Hours after the Buffalo Bills’ NFL game against the Cleveland Browns was moved to Detroit’s Ford Field because of snow, the college football team from Buffalo postponed their game against Akron.

Akron vs. Buffalo postponed, could play on Sunday

Buffalo’s game against Akron scheduled for this Saturday has been postponed. The Mid-American Conference (MAC) is looking at options to play the game on Sunday.

This comes after the NFL’s Buffalo Bills had to move their home game against the Cleveland Browns. Buffalo is expecting to bear the brunt of a snowstorm and will face up to six feet of snow over the next couple of days.

In a statement released by MAC officials they say that the game has been postponed and should travel conditions allow, it could be rescheduled for Sunday.

“Due to current weather conditions in the Buffalo, NY area, this Saturday’s Mid-American Conference football game between the University at Buffalo and the University of Akron has been postponed,” the statement read.

“The Conference will consider opportunities to play the game on Sunday should weather and travel conditions permit.”

The National Weather Service issued a weather warning for the Buffalo area this weekend. With the area expecting anywhere from two to six feet of snow, the warning will be in place until 1 p.m. on Sunday.

It is expected that snow will be at its heaviest on Friday night when up to three inches per hour could fall.

Buffalo are currently 5-5, while Akron are 1-9. The Bulls are just one game away from clinching bowl eligibility. However, it looks as though they will have to wait at least one more day to clinch it.