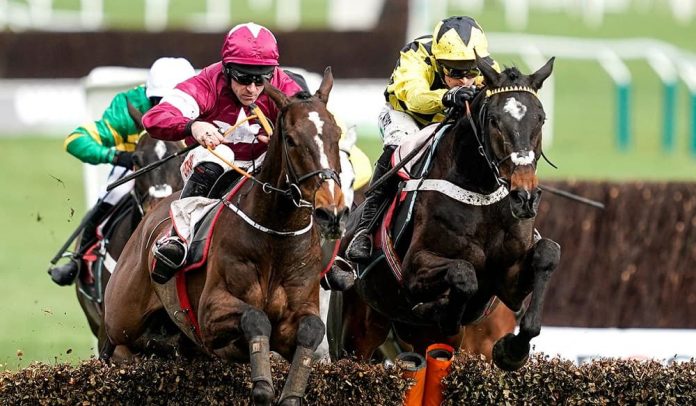 Mares have won four of the last five renewals but three of those went to the mighty Apple’s Jade. The sole female declared this year is some way off the standards she set. Nine of the last 11 Leopardstown Christmas Hurdle winners had an official rating of 150+, so it takes a top horse and thorough stay to land this test of stamina.

The contest is also usually won by a race-fit animal. Each of the last dozen scorers ran a maximum of five weeks beforehand. Six of the previous 11 winners were five-year-olds, yet this year’s Leopardstown Christmas Hurdle betting has the horses in that age bracket as rank outsiders. Key trials include the Hatton’s Grace at Fairyhouse and Lismullen Hurdle at Navan.

Five of the last eight favourites won this race, so horse racing betting sites often get the market right. Master trainers Willie Mullins and Gordon Elliott have seven wins in the contest between them since 2010, meanwhile. It’s no surprise that this pair have farmed it. Find out which horses to back with our Leopardstown Christmas Hurdle tips now.

Why Klassical Dream has the shortest Leopardstown Christmas Hurdle odds

Mullins saddles four in this renewal with the clear pick of his quartet being Klassical Dream. This seven-year-old Dream Well gelding bolted up by nine lengths in the Champion Stayers Hurdle at the Punchestown Festival in the spring despite a racecourse absence of 487 days. This was an impressive return to action.

Klassical Dream hasn’t been the easiest to train yet clearly has ability. His low head carriage would be more of a worry over fences than hurdles. Mullins has kept him to the smaller obstacles. Klassical Dream also goes well fresh, so 243 days off is no problem. That is why bookies, including BoyleSports, make him the 9/4 favourite.

Mullins’ three other mounts are 25/1 and bigger, so Klassical Dream is clearly the first string for the stable. Saldier didn’t stay this trip at Punchestown, while Cesarewitch runner-up Burning Victory disappointed in a handicap hurdle over the distance last time out. Mr Adjudicator hasn’t been seen on the track for 879 days, so Klassical Dream is the top one from his yard.

Back Klassical Dream with BoyleSports

Thinking outside the Mullins-Elliott duopoly for a minute, last year’s Leopardstown Christmas Hurdle hero Flooring Porter is back to defend his crown. Trained by Gavin Cromwell, this six-year-old son of Yeats made remarkable progress last season. Improving out of handicaps, Flooring Porter proved his success here was no fluke at Cheltenham.

He followed-up in the Stayers’ Hurdle, again besting re-opposing runner-up Sire Du Berlais. Flooring Porter started the campaign off 122 and now has a 164 rating. That is incredible progress to the tune of three stone. We haven’t seen the best of him off that mark, however, as he pulled-up at Punchestown. Klassical Dream has the same rating.

That right-handed track didn’t suit Flooring Porter at all with him hanging and jumping out to his left throughout. He then took an unlucky tumble when going well just in front two out in the Lismullen Hurdle. If no worse for the fall, then Flooring Porter has obvious claims. The concern is his style of racing, but Bet365 are 3/1 about a successful defence.

Back Flooring Porter with Bet365

Abacadabras could have more to offer up in trip

Powerful owners Gigginstown House Stud have two runners. Both are of interest but Abacadabras is unexposed at this distance. One of four trained by Elliott in the contest, this seven-year-old Davidoff gelding landed the Grade 1 Aintree Hurdle over 2m 4f on his penultimate start of last season. Abacadabras won the race by staying.

Buzz, the runner-up, went on to defeat Burning Victory in the Cesarewitch on the Flat at Newmarket before landing the Coral Hurdle at Ascot. Abacadabras was perhaps then not given the best ride on reappearance when third to Honeysuckle in the Hatton’s Grace. He was never near to challenge under Davy Russell, so Jack Kennedy is back on board.

Given his stamina laden pedigree, the Leopardstown Christmas Hurdle could be just the test that Abacadabras needs now. Trying the trip is well worth a go, then. Abacadabras looks the value bet in this race with William Hill offering odds of 7/1.

Bet on Abacadabras with William Hill

Elliott teams up with JP McManus with the consistent Sire Du Berlais, who turns 10 in the New Year. This Poliglote gelding has two wins in the Pertemps Final at Cheltenham, so has since needed to run at a higher level. After landing the Lismullen Hurdle on reappearance last term, Sire Du Berlais was only third in this but couldn’t reverse form with Flooring Porter in the Stayers’ Hurdle either.

He also chased home Darasso, only fourth behind a couple of these in the Hatton’s Grace, back at Navan. Similar prep for the Leopardstown Christmas Hurdle to last year hasn’t brought about the same result. Sire Du Berlais does look vulnerable to unexposed and improving types, and best odds of 8/1 with Bet365 reflect that.

Ronald Pump, meanwhile, is zero from seven in Grade 1 company. Despite a number of placed efforts, Matthew Smith’s eight-year-old is hard to fancy at this level. Ronald Pump, a son of Schiaparelli, always seems to find one or two too good for him. That in theory makes him potential each way value but he faces a sharp turnaround of 10 days from his last start.

That came in the Long Walk Hurdle at Ascot. Ronald Pump was a punt then but only ran fifth to Champ. Paisley Park reversed past form with him there, so it was a disappointing effort. It is a big ask for Ronald Pump to build on that below par effort in such a short space of time, so odds of 10/1 – also with Bet365 – don’t appeal.

Commander Of Fleet could be overpriced on pick of form

Elliott’s other Gigginstown runner, Commander Of Fleet, defied a welter burden in a graded handicap last time out and may be back to his best after problems. This seven-year-old son of Fame And Glory has some smart back form over hurdles from his novice days as well.

After landing a 2m 6f Grade 1 at the Dublin Racing Festival, Commander Of Fleet chased home Minella Indo in the Albert Bartlett at Cheltenham. Chasing didn’t work out for Commander Of Fleet after 570 days off the track. However, he resumed winning ways two starts later in a 3m conditions hurdle at Thurles in March.

Victory in that graded handicap at Navan when last in action was again his third start of the campaign. If building on it, then Commander Of Fleet could surprise a few of the bigger names in the Leopardstown Christmas Hurdle line-up. He could easily outrun odds of 25/1 with Betfred and hit the frame.

Back Commander Of Fleet with Betfred