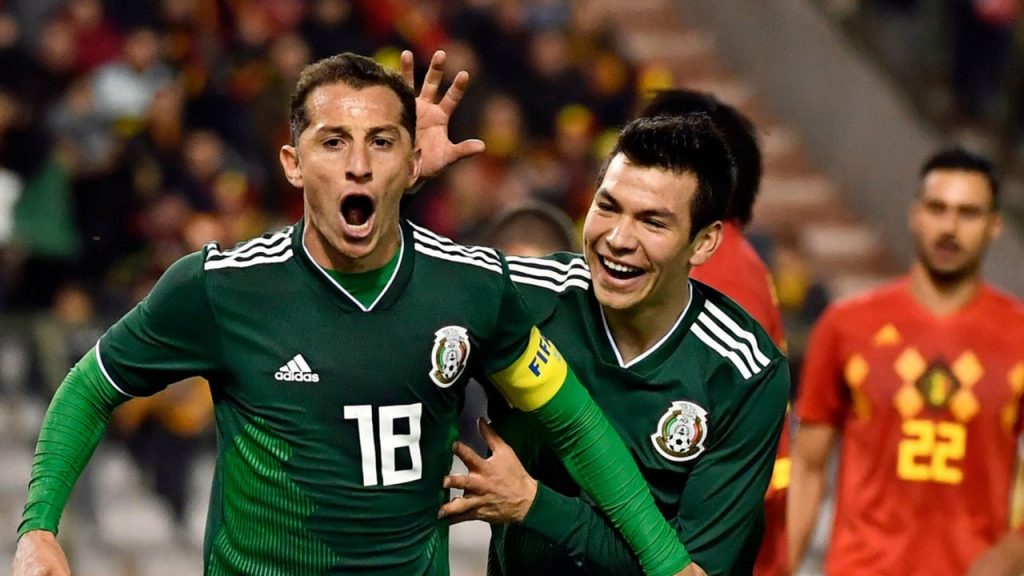 While Germany are the overarching favourites to run away with Group F, the reigning World Cup champions may not have it all their own way given some able opposition waiting for them in Russia.

This promises to be one of the most-contested of the eight groups and competition for a place in the round of 16 will be intense.

South Korea may well have the most supporters, but the Asian faithful could be disappointed given the quality of the other three teams in the pool.

Germany enter the World Cup as holders and despite significant changes to the squad that triumphed in Brazil four years ago, Joachim Low’s men look just as ominous.

With so much attacking power that Leroy Sane is surplus to requirements and experience all over the pitch, Die Mannschaft should be there or thereabouts at the competition’s business end.

Mexico have a settled squad underpinned by plenty of top players in their prime, with the North Americans surely fancying their chances of getting out of Group F.

With an expansive style of play and attacking ambition galore, El Tri should be entertaining to watch this summer.

Sweden showed they are a capable side by eliminating Italy in the qualification playoffs and despite Zlatan Ibrahimovic not being included in their squad, should be a tough opponents.

There is a togetherness in the group that will make them difficult to beat, with a fighting spirit to match.

South Korea have not been at their best in recent years and friendly results leading up to Russia suggest the Asian outfit could struggle to make an impression at the World Cup.

That said, they do possess a number of exciting attacking options – but will need to be steadfast in defence to remain competitive.

Germany’s infamous reputation as a formidable tournament side was bolstered further four years ago, as a steely mentality and no shortage of talent saw them beat Brazil and Argentina in South America to lift the World Cup.

Their ruthless streak has continued since, with Low’s side imperious in qualifying and winning the Confederations Cup last summer.

This Germany side has a new look to it, with only a handful of players from four years ago set to retain their places.

There is pace and power in attack, experience in central midfield and largely Bayern Munich personnel at the back.

With no obvious weaknesses, Germany will surely win Group E and are many people’s favourites to retain their crown.

Given the fact that Mexico have made the round of 16 in the last six consecutive World Cups, Sweden must be deemed as the group’s underdogs.

The Scandinavians do not have any real superstars in their ranks since the international retirement of Ibrahimovic and on paper look like a relatively underwhelming proposition.

However, Sweden showed in making the tournament ahead of Italy that they should not be underestimated and have a formidable team spirit.

Even Germany will not enjoy playing against the regimented Swedes, who will be looking to start the tournament with a win over South Korea and use it as a springboard to the next round.

With Mexico and Sweden set to meet in the final game of the group, there is the real possibility of a winner-takes-all encounter in Ekaterinburg.

Both teams will be entering the tournament with realistic ambitions of making the round of 16 as second in the group to Germany, with this fixture certainly on their radar.

The contrast of playing styles will also be intriguing viewing, with Sweden pragmatic and disciplined and Mexico expansive and high-tempo.

While Germany are loaded with superstars, one man that will be keen to establish himself on the biggest of stages is Marco Reus.

The Borussia Dortmund attacking midfielder was cruelly injured in the lead-up to the World Cup four years ago and as such was forced to watch on as his compatriots tasted glory in Brazil.

This time around Reus looks set to play an important role for Germany, with his presence one of the key reasons that Sane was omitted.

With delightful vision, sublime dribbling ability and an eye for goal, watching the Dortmund star should be scintillating viewing.

Germany will be ready to pick up where they left off four years ago and as such the five-time World Cup winners will surely top Group F.

South Korea look weaker than in previous tournaments and as such are likely to finish bottom of the group.

This will result in a straight shootout between Mexico and Sweden for the all-important second qualifying berth to the round of 16 – the Europeans may just edge it.