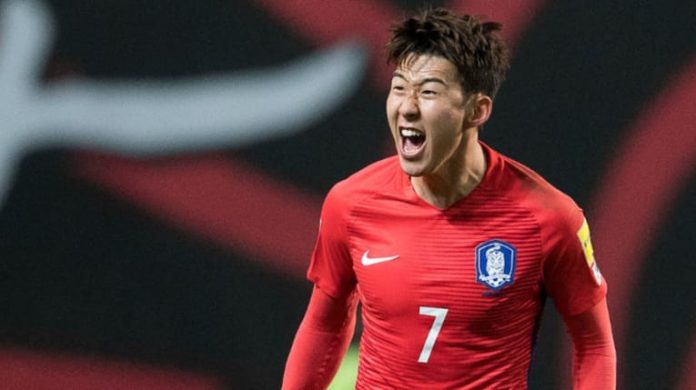 South Korea have featured at every World cup since 1986 but expectations are low this time around due to a combination of poor form and a tough-looking group.

In 2014 only a single point was gained from an easier-looking pool and Friday’s resounding defeat at the hands of non-qualifying Bosnia-Herzegovina, where a back three was unsuccessfully trialed, will not have fostered much hope of an improvement.

The vast majority of the squad still play their football in Asia, if not in South Korea itself – the entire backline and their understudies lack any experience in the European leagues.

In general, defensive frailty is seen as the squad’s main weakness. As usual though, there is insatiable energy and bags of pace within the ranks.

Further forward there are some recognisable names and a few men who have been successful in moving the likes of the Premier League or Bundesliga.

Lee Chung-yong of Crystal Palace failed to make the cut. Meanwhile, constant experimentation in defence without success has meant there are no places for either Hong Jeong-ho or Kwon Kyung-won, despite the former having over 40 caps and the latter the subject of a recent €10 million move to China.

A big blow prior to the tournament was the withdrawal due to injury of Kwon Chang-hoon, a tricky playmaker who enjoyed a good campaign with Dijon in France.

The self-styled “Asian Special one” has some tournament experience, having coached South Korea’s Olympic side in 2016 and the Under 20’s at the 2017 World Cup but at club level his experience is limited to his homeland and Australia.

The 49-year-old has only held his current post for a year and is still trying to figure out his best team and how to stop the side shipping goals.

Shin’s natural instinct is to attack but he is likely to see this as foolish given the strength of the opposition in Group F.

While his early time in charge pointed to 4-4-2, a more conservative 4-2-3-1 is the most likely option with Son Heung-min leading the line up front and the full-backs encouraged to get up and down.

Ki Sung-Yeung is a talented ball player and will be relied upon to take short passes from the back four and begin attacks in his deep-lying midfield slot.

Kim Shin-wook, or “Wookie”, offers an interesting plan B from the bench as a 6ft 6 forward.

Used largely on the flank by Tottenham this season but also deputised well for Harry Kane when required to stand in a striker.

Son is the topscoring Asian player in Premier League history and also provided the most goals for his country in qualifying.

The team’s chances will depend largely on whether he still has enough in the tank to maintain his form after a long season that included extensive travelling. Will play as the main centre forward and never stop running.

The 20-year-old is a very recent addition to the squad after impressing in his debut against Honduras. As a youngster he earned a place in Barcelona’s famous La Masia academy but never quite showed enough to make the grade.

Has now established himself at Hellas Verona in Italy and will look to further impress at the tournament, most likely on the left wing.

Unfortunately for the Taeguk warriors they appear lacking in top-level experience compared to the likes of Sweden and Mexico.

Progress from the group seems unlikely. With their shaky rearguard, South Korea need to hope the Germans are already through before they meet them on June 27.