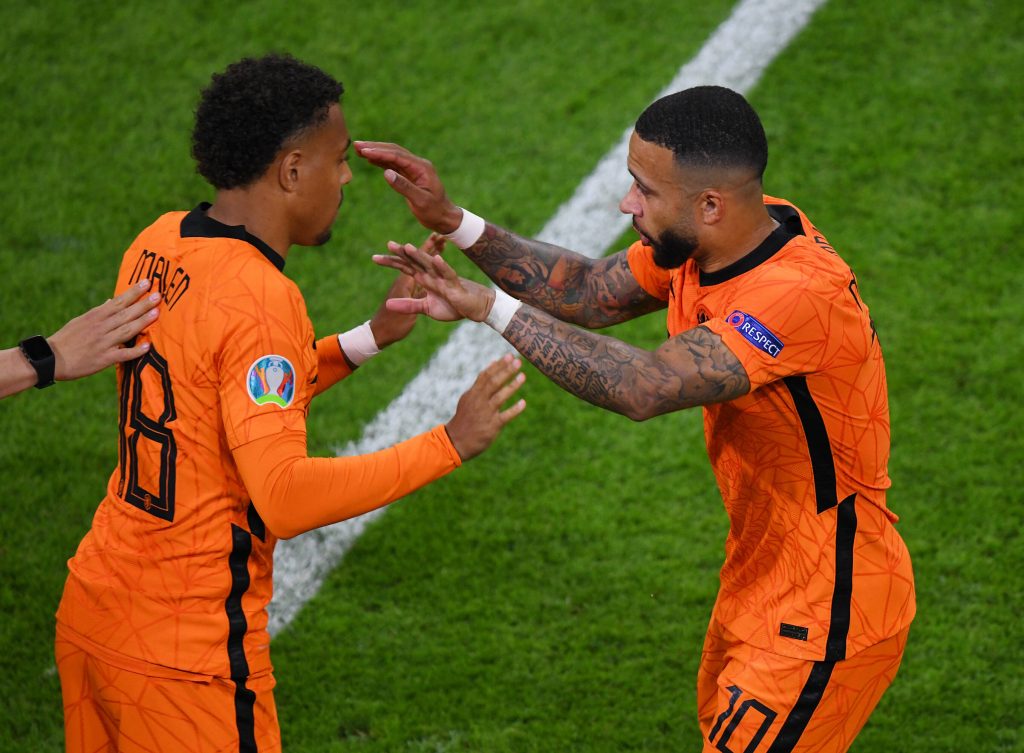 Netherlands and Austria go head-to-head at the Johan Cruijff Arena in the second round of the Euro 2020 group stage on Thursday.

Both teams have started their European Championship campaigns on the front foot, and a potential victory for either side would see them advance to the knockout stage.

After missing out on the last two major tournaments, Netherlands head into proceedings in the midst of a purple patch, having lost just once in their last 11 international outings.

Netherlands almost blew a two-goal lead against Ukraine in their group stage opener, but Denzel Dumfries made sure his side claim a 3-2 win at the beginning of Euro 2020.

The Oranje’s triumph against Ukraine maintained an impressive run of 21 consecutive wins in matches that saw them open the scoring, a sequence that saw them score 66 goals and concede just seven in return.

Georginio Wijnaldum, who left Liverpool to link up with Paris Saint-Germain earlier in June, broke the deadlock seven minutes into the second half and was one of his country’s best performers on Matchday 1.

Manchester City defender Nathan Ake laid on a delightful assist for Dumfries’ winner after coming on as a 64th-minute substitute.

The 26-year-old barely featured for the Cityzens in 2020/21, having spent most of the season on the sidelines with a hamstring injury, and it could take some time before he earns a place in Frank de Boer’s starting XI.

Barcelona-bound Memphis Depay failed to make a goal contribution against Ukraine, but the outgoing Lyon forward remains invaluable to the Netherlands.

The Lyon player seems to be on the brink of joining Barcelona on a free transfer, and an attacking output of 26 goals and 22 in 65 appearances for the national team shows why Ronald Koeman wants him at Camp Nou.

Austria sealed a comfortable 3-1 win over the European Championship debutant North Macedonia in their Group C opener to boost their hopes of reaching the knockout phase for the first time.

Before beating the North Macedonians, Das Team had failed to win any of their previous six matches at Euro finals (D2, L4).

Austria’s tally of three goals scored against the Lynxes eclipsed their haul from their last two appearances at the European Championships combined (two).

Former West Ham United striker Marko Arnautovic scored Austria’s third against Igor Angelovski’s side but will be out of contention for the team against the Netherlands.

The 32-year-old was handed a one-match ban at Euro 2020 for insulting Leeds United’s Ezgjan Alioski during his goal celebration.

Former Bayern Munich defender and new Real Madrid signing David Alaba is expected to lead the defence again, and he will be crucial to stopping Depay and co.

The Netherlands vs Austria Head-To-Head

The Netherlands have come out victorious in each of their last six meetings with Austria, twice as many victories as they managed in their previous 13 encounters (W3, D4, L6).

Additionally, the Oranje won their only previous meeting with Austria at a major tournament, running out 5-1 victors at the 1978 World Cup.

The last seven matches between these two teams have featured an average of 4.3 goals per game, highlighting the potential for action-packed football.

The Netherlands vs Austria Predicted Line-ups