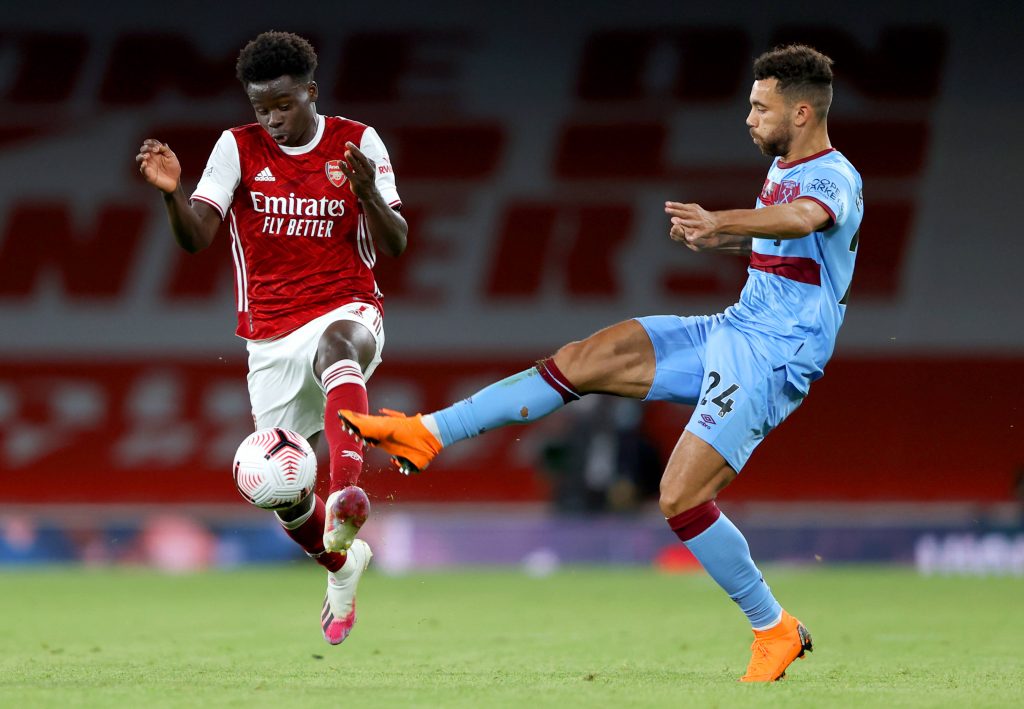 Arsenal manager Mikel Arteta has provided an injury update on Bukayo Saka and Emile Smith Rowe ahead of the club’s Premier League clash against Liverpool on Saturday.

The Gunners went into the international break after a 3-3 draw at West Ham United, where they made a sensational comeback from three goals down.

Saka was picked to play for England in the World Cup qualifiers, but he did not travel with the squad as he was nursing a hamstring problem.

Ahead of Saturday’s game, Arteta provided an update to the media where he confirmed that Saka is a little way from returning to action.

He told Arsenal.com: “He hasn’t trained with the team yet. He’s been doing some individual work.”

“We had to pull him out of the England squad, unfortunately. He’s feeling better, but he hasn’t trained with the team yet.”

Meanwhile, Smith Rowe was on England Under-21 duty for the Euro 2020 group stage, but he did not feature in the final game against Croatia due to a hip problem.

Arteta said that the playmaker will be assessed to find out whether he can return to training tomorrow.

He added: “He has some discomfort in his hip, and that’s why they decided to keep him out.

“We will see today how he comes here – we will speak with the doctors and the physios and see if he is available for training tomorrow.”

Saka and Smith Rowe have been hugely influential towards the club’s season turnaround since Boxing Day, and both have come up with key goal contributions.

Saka returned from a hamstring injury to face the Hammers before the international break, and it appears that he may have suffered a minor recurrence.

Meanwhile, Smith Rowe had picked up a hip concern last month, but he was able to make a quick return and starred in the north London derby.

Like Saka, his concern could be related to the previous injury concern and hopefully, they can make a comeback for the vital game on Saturday.

The Gunners are already nine points adrift of the top four in the Premier League, and they face a must-win situation against the Reds to stay in the Champions League race.

Otherwise, they will need to go all the way and win the Europa League to secure a group stage berth in the Champions League for the first time in five seasons.