After failing to sign Kevin Strootman in the summer, Manchester United manager Louis Van Gaal is all set to pursue the AS Roma midfielder again in January, according to Italian website Forza Italian Football. The 24 year-old Dutchman has been on Van Gaal’s radar ever since the latter’s move to Old Trafford, and he is set to be extremely determined to land his compatriot.

United had a transfer window to forget as they failed to sign most of their midfield targets. The likes of Paul Pogba, Arturo Vidal and Juan Cuadrado, along with Strootman, were said to be on Van Gaal’ wishlist, but all the Red Devils could manage were Ander Herrera and Daley Blind.

Strootman is out at the moment due to a long-term knee injury sustained while playing for Roma last season. He missed the FIFA World Cup in Brazil earlier this year, in which the Netherlands, under Van Gaal, finished in 3rd place. Now, the manager wants to be reunited with his countryman at the club level as he looks to bring the glory days back to Manchester United after the Red Devils’ disastrous campaign last year. 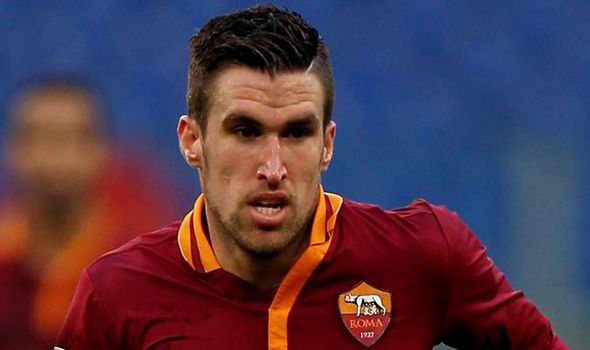 Despite signing Blind and Herrera, there are many who feel United are still a midfielder short and need a powerful, tough-tackling player in the middle of the park. Marouane Fellaini has been featuring regularly in the side recently, but is still to convince most people that he is good enough to be a Manchester United player. Strootman, on the other hand, fits the bill perfectly.