Chelsea striker Diego Costa’s aggressive performance against Liverpool during the Capital One Cup has led to an FA charge, for which he is all set to miss the crucial Premier League tie against Manchester City.

AFC Wimbledon striker and reportedly Liverpool fan Adebayo Akinfenwa somehow has got into the matter. He is a massive Steven Gerrard fan and took instagram to warm Costa in a tongue-in-cheek humour – “Costa the words out come for Stevie G again and we gonna have a problem” 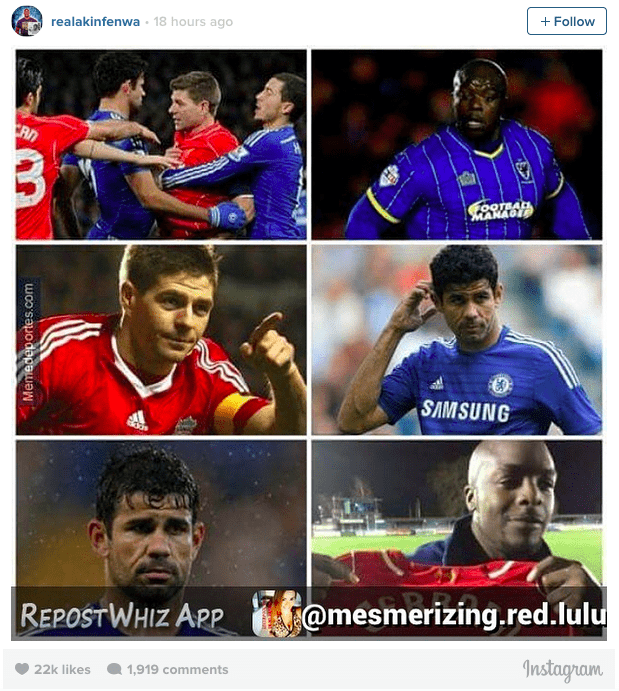