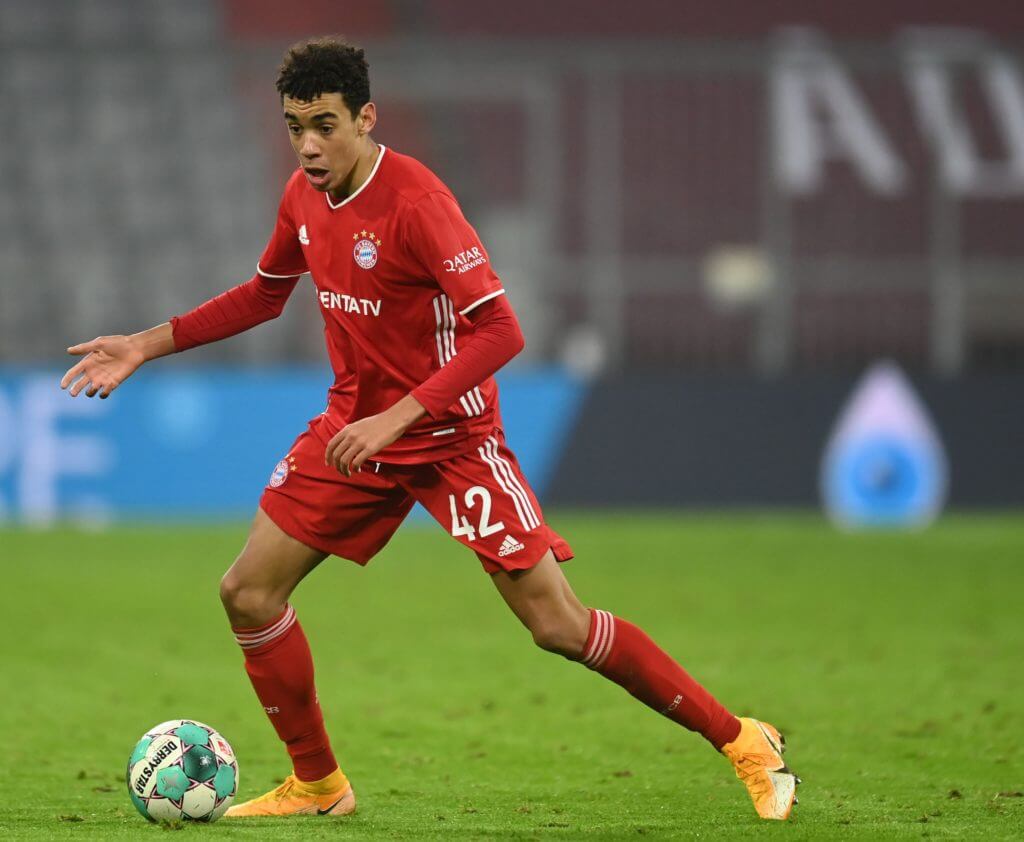 The report claims that Bayern have reached a deadlock with the highly-rated English teenager as he demands a massive £100k-per-week contract at the club.

The 17-year-old left Chelsea to join Bayern in 2019, and he is gradually establishing himself as one of England’s brightest young talents.

In recent years we have seen the likes of Jadon Sancho and Jude Bellingham moving to Borussia Dortmund from English clubs, and Musila has also followed the same trajectory by joining Bayern.

The youngster is currently on a youth contract which has just 18 months left to run. Goal reports that a further impasse in talks could lead to a transfer in the summer.

He is the youngest player to both score and play in the Bundesliga for Bayern, and has scored three goals in 19 appearances for Hansi Flick’s side this season.

Musiala has proven his worth already and losing him would be a massive blow for the German giants. A return to England could be on the cards, with Champions Liverpool monitoring his situation.

Musiala is a highly talented youngster, and he has all the potential to become a star in the future. However, his wage demands are simply absurd.

If he is made available in the market, Liverpool could try to lure him to Anfield next summer, but the Reds are unlikely to offer him the wages he is demanding.