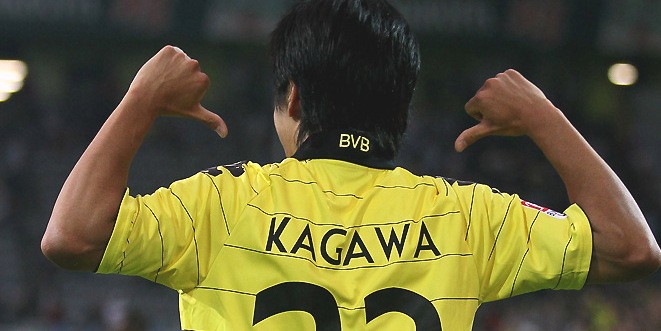 Manchester United misfit Shinji Kagawa could return to old club Borussia Dortmund after 18 months away from the Bundesliga.

The 24-year-old Japan international has played just 30 games for United since moving to Old Trafford in the summer of 2012.

Kagawa recently told The Telegraph that he felt his international form was suffering ahead of the World Cup due to lack of club football.

After representing Japan in friendlies against Serbia and Belarus, he said: “Maybe it’s because I’m not used to being on the pitch of late, but I didn’t feel like I was able to enter these two games properly.

“During tough times like these I have to improve myself. Personally, I felt strongly after these two matches that I need to play more and, as a team, there are many things we need to do.”

Successor David Moyes has used him sparingly, however. Kagawa has made just four appearances in all competitions.

Former club Dortmund could offer him a way out of Old Trafford and give Kagawa the regular football he feels he’s been lacking.

There may still be room for Kagawa to make a return to Dortmund, however, as he is fondly remembered at the Westfalenstadion.