There are several interesting points to come out of Jose Mourinho’s press conference ahead of Chelsea’s game against Southampton on Saturday. The Portuguese stated that he was currently going the worst stage of his career, but was confident that the situation would improve.

There have been several rumours doing the rounds since yesterday that the Blues were going to sign former AC Milan goalkeeper Marco Amelia. Mourinho confirmed that the Italian has been training with the Chelsea squad in the last couple of days, and that the club are looking to sign him as a short-term cover. Thibaut Courtois is going to be out until at least December with a knee injury, and the Blues do not have a top goalkeeper in the squad currently apart from Asmir Begovic.

Jose says he’s looking to sign an out-of-contract goalkeeper for cover and Marco Amelia has been training here for a couple of days. #CFC

Right-back Branislav Ivanovic has come under fire of late after some miserable performances this season, but Mourinho states that the Serbian is still the best player in that position at his disposal. This almost certainly means that Ivanovic will start on Saturday.

“[Branislav] Ivanovic likes to speak to me about his mistakes. He is not crying, he is not a prima donna, he cannot be immune to criticism. I speak to him, I am critical to him about what he needs to improve.”

“I have no doubts that he is my best right-back. I have no doubt that he needs to improve in some aspects of his game this season”.

He was coy on the subject of his selection decisions apart from that, including when asked about captain John Terry’s place in the side. In midweek away at Porto, the Englishman was benched again but the travelling fans chanted ‘we want our captain back’ in the pre-match training sessions.

“The fans can sing about John Terry, it’s important they support him when he is not playing. The supporters are great.”

With regards to dropping the likes of Eden Hazard, Nemanja Matic and Oscar against Porto, Mourinho stated that it was just a part of his rotation system. He had said ahead of that game, as quoted here by Sky Sports that no player in his side was an ‘untouchable’, but dropping the above names doesn’t seem to be a statement made in that direction.

“There are rotations, we always try to do a little bit.

“You play well for 4 or 5 matches you get stability, you keep the core. It is normal.

“It is normal that you always try to find solutions and win the next game.” 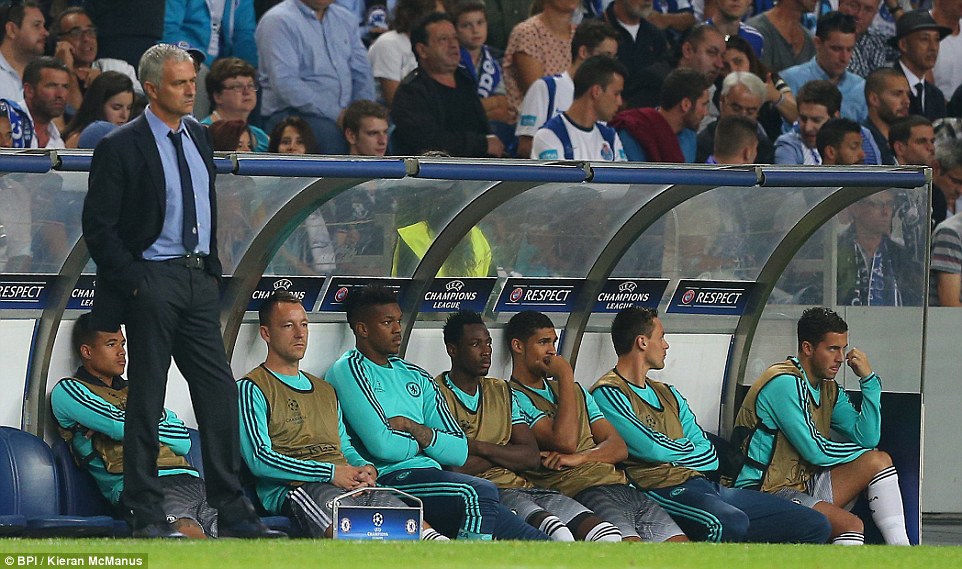 Chelsea will look to go into the international break next week with a victory at Stamford Bridge. Their home form is usually close to perfect every season, but this year, their record reads: played 3, won 1, drawn and lost 1.