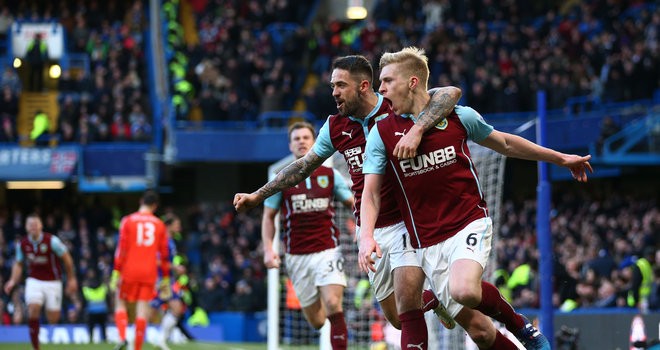 Chelsea were controversially held 1-1 by Burnley at Stamford Bridge on Saturday. This is only the second time this season that the Blues have failed to take all three points at home, and it proved costly as Man City’s resounding win over Newcastle United later on saw the lead at the top cut down to 5 points.

The home side took the lead in the first half through Branislav Ivanovic, but were reduced to ten men midway through the second period when Nemanja Matic was sent off. Ben Mee then equalised for the visitors to earn a huge point for his side.

Chelsea have every right to feel aggrieved after the game, as a series of refereeing decisions that went against them ultimately decided the outcome of the game. After having two very valid claims for penalties in the first half, official Martin Atkinson sent Nemanja Matic off with 20 minutes to go. The Serbian retaliated after a dangerous tackle by Ashley Barnes by pushing him to the floor. While he was given his marching orders, Barnes wasn’t even shown a yellow.

Here are some major talking points from the game:

Jose Mourinho was fined for suggesting after his side’s game against Southampton back in December that there was a ‘campaign’ against Chelsea this season. While the claim seemed dubious at the time, events since have made the Blues faithful firmly believe that it is true. Yesterday’s game was one of the worst refereeing performances of the season by a Premier League official, and Chelsea can legitimately say they were robbed off two points. They are still very much in the ascendancy in the title race though, but such blatant unfairness time and again has proved to be an unnecessary hurdle. 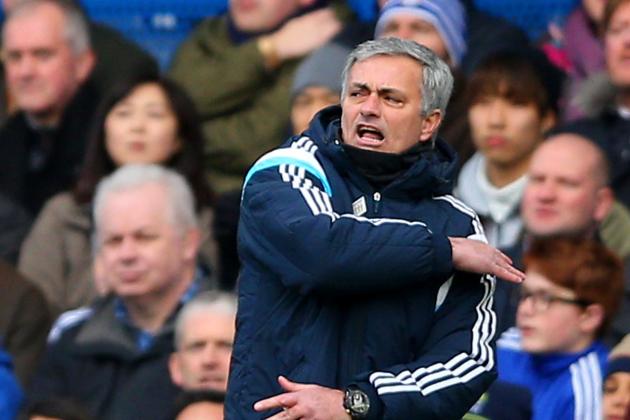 2) Matic out for three big games:

The implications of Nemanja Matic’s red card will be huge. The defensive midfielder has been one of the most important players in Mourinho’s side this season, and they do not have a good record without him on the pitch. The three matches that he will miss are the Capital One Cup final against Spurs, the away game against West Ham United and the home game against Southampton. Every one of these fixtures will provide a stern test, and it is very likely that if Chelsea slip up in this period, a season that looks destined for silverware could be derailed.

On the other hand, coming away with a point from Stamford Bridge is a huge confidence-booster for Burnley. They may still be in the relegation zone, but they will approach the rest of the season with some new-found positivity. And Sean Dyche’s side will very much need that, as they face Liverpool, Man City, Southampton, Tottenham and Arsenal all in their next 7 games.