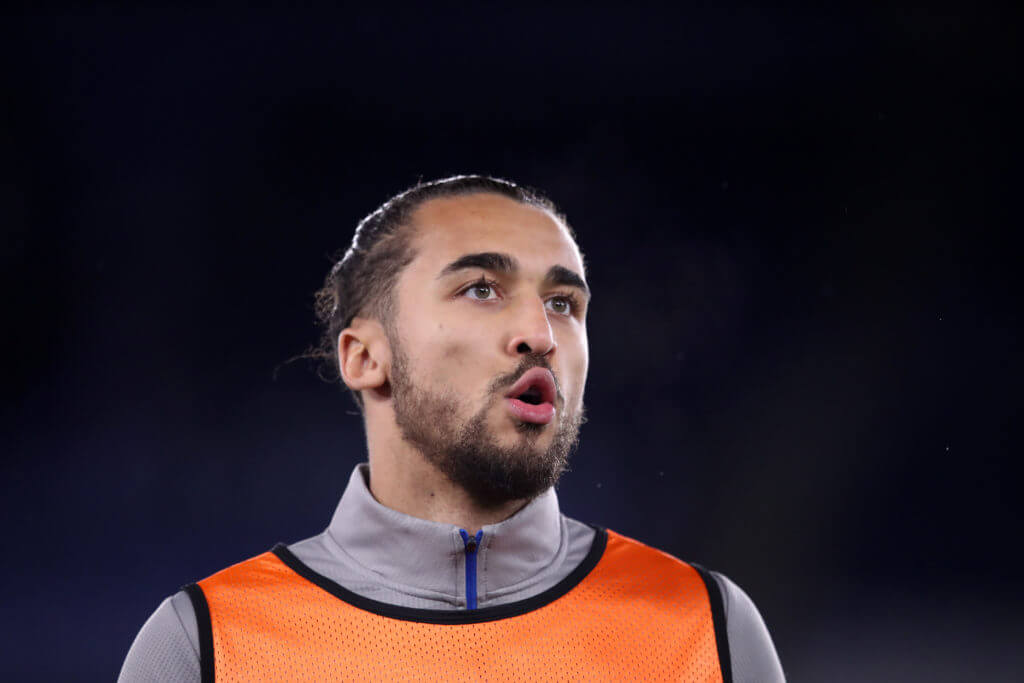 Carlo Ancelotti has showered praise for Everton striker Dominic Calvert-Lewin, suggesting he has been the ‘most improved’ player this season.

The 23-year-old striker has been a player re-born since Ancelotti arrived at the club. From a fringe squad player under Marco Silva, he has become a key player at the club and has recently made his debut for England as well.

Ancelotti feels that of all the Everton players, Calvert-Lewin has improved the most. He has not only scored a lot of goals, but his overall game has improved massively.

The Everton striker has been in terrific form this season, managing 11 goals in the Premier League, and he is getting better with every game.

“The player that improved most was Calvert-Lewin, above all, because he scored a lot of goals in this period,” said Ancelotti to Liverpool Echo.

“I can say him, but the performance of other players was really good so to say who it [the best] is really difficult but, in the end, the player who improved the most was Calvert-Lewin.”

Calvert-Lewin hasn’t scored in the last two games against Chelsea and Leicester City, and he will be looking to score when the Toffees face Arsenal at Goodison Park this weekend.

Everton started the season brightly, winning four games in a row but lost their way a bit after the international break in October. It seems they have now regained their momentum having won back-to-back games in the league.

Ancelotti feels that the new signings have made a big impact and that Everton are aiming for European places this season.

The Toffees have a tough run of fixtures this month. After the game against the Gunners, Ancelotti’s side will face Manchester United, Manchester City Sheffield United and West Ham, and the results from those games could have a huge impact on their ambitions.