Who is to blame at Everton: Carlo Ancelotti or the players? 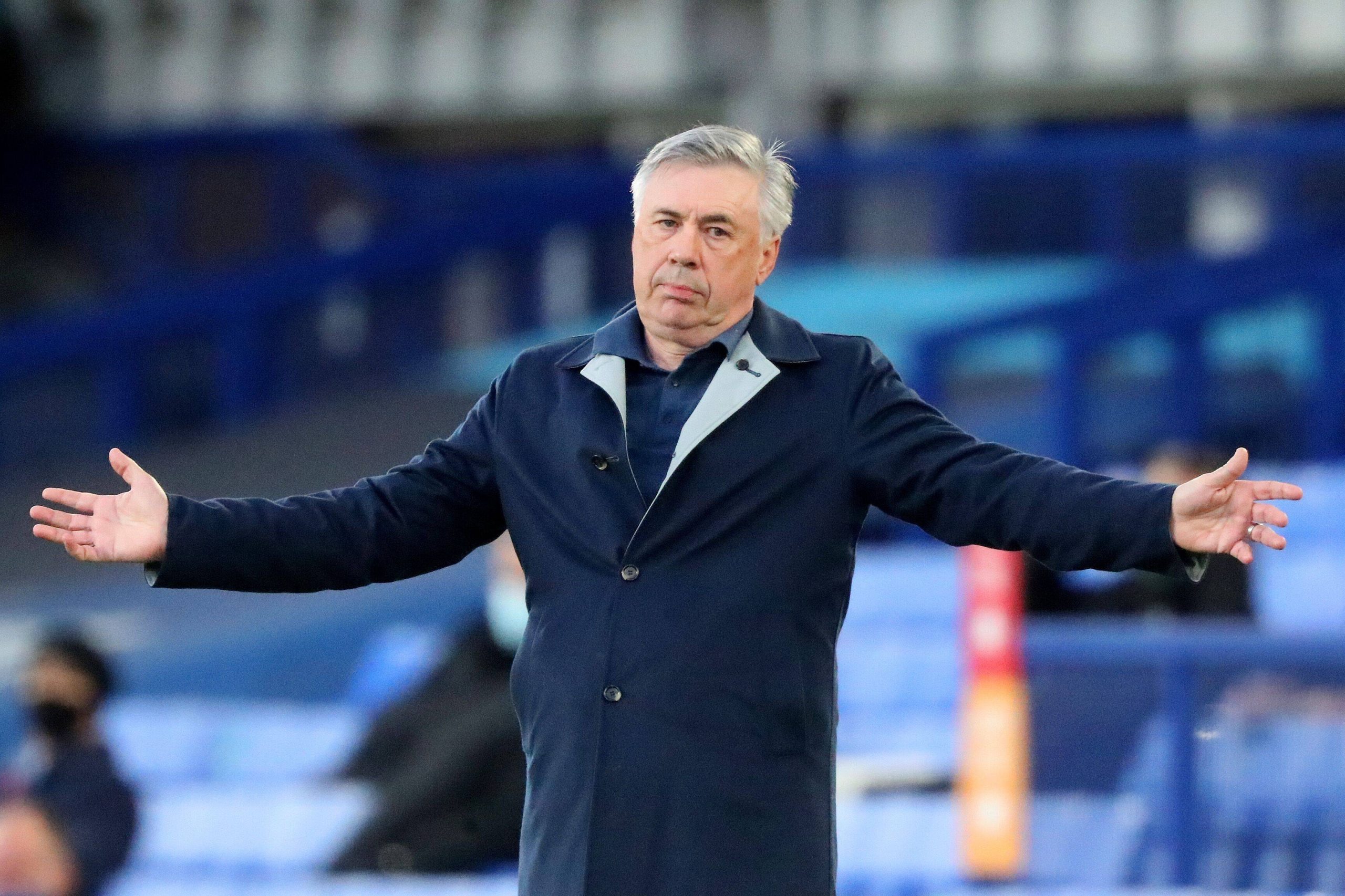 Everton’s 2-1 loss to Aston Villa has Toffees fans questioning where the club go from here, with some starting to point the finger at Carlo Ancelotti.

Despite still being in the race for European football, one win in eight league games (Everton are 16th in the Premier League form table) does not inspire confidence as we head into the final five matches.

Even more worrying is Everton’s form at Goodison Park, with the Blues securing just five wins in 17 games at their historic home.

After yet another disappointing home result on Saturday, fans are now starting to question who is to blame.

How much blame should Ancelotti shoulder?

Everton fan Matt Jones started a debate on Saturday evening, suggesting that Ancelotti does not know how to set up ‘a winning team that plays on the front foot’.

Seen it for months now…the manager simply doesn’t know how to set up a winning team that plays on the front foot.

Some of the home performances this season are up there with the worst ever in recent years. #EFC

This started somewhat of a discussion between Everton fans, with some agreeing with Jones and others claiming Ancelotti does not have the players to succeed.

So, who is right? Let’s take a closer look.

At home this season, Everton’s most disappointing results have been against Aston Villa, Burnley, Fulham and Newcastle United.

In all of those games, Everton were considered the favourite and failed to create sufficient chances to threaten the opposition.

That is all while possessing a squad that should simply be performing better against that level of opponent.

It is correct that Everton have an imbalanced side, with a lack of options on the right-wing creating an easy to defend against setup.

You could also cite a mentality problem, which has been prevalent at Everton since before Ancelotti arrived.

He hasn’t got the players mate. Priority is energy and legs over quality in the summer

Everton have also suffered from several individual errors this season, with Mason Holgate’s against Villa just the latest blunder.

These are all very valid points and are indications that Ancelotti should not shoulder all of the blame.

However, he should not be exempt from criticism due to his legendary status as one of the best managers in football history.

While playing a counter-attacking style of football is beneficial against top teams, that set-up is much less effective against teams that attempt to frustrate Everton.

Everton’s form against the big clubs versus the current bottom six is evidence of that.

The Toffees have lost just two of their 11 games against the Premier League’s ‘Big Six’, compared to five losses versus the current bottom six.

Everton have also arguably produced their best attacking performances in a 4-3-3 formation, which Ancelotti has shunned since the 2-0 win over Leicester City last December.

That has partly been down to several injuries, but with options now available Ancelotti has still favoured a more defensively solid formation which limits them offensively.

Whether that is a case of Ancelotti not being able to trust his defence in a more attacking formation or not, it has been detrimental to Everton’s attack.

He’s at fault for today, just as much as the players. Starting Holgate over Mina? Delph coming on over Davies? King on after we concede again, why not before? Sigurdsson at left midfield? What’s he even doing? He’s one of the best paid managers in the league. Awful.

There have clearly been some knee-jerk reactions from Everton fans after the Villa defeat, and that is understandable.

Patience is needed with Ancelotti, who is essentially working with one hand tied behind his back due to some squad limitations.

However, the Italian is not exempt from criticism, and fans are right to question why poor performances against so-called ‘lesser opposition’ are so frequent.

Ancelotti must show why he is one of the highest-paid managers in the Premier League and improve the squad he already has to ensure Everton can still secure Europa League football for next season.

From there, Ancelotti will likely be given the chance to build his own squad. Maybe then we’ll see if the Italian can bring back the glory days at Goodison Park.