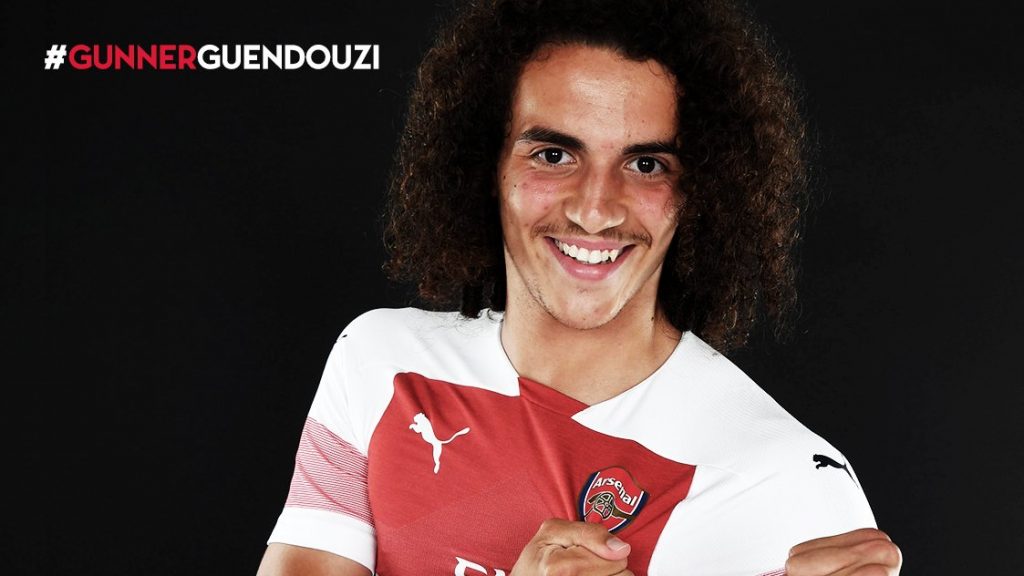 Arsenal snapped up French midfielder Matteo Guendouzi for £7million from Ligue 2 Lorient during the summer transfer window, and it’s safe to say it’s one of the best pieces of business the north London giants have done in recent times.

The 19-year-old has been very integral to manager Unai Emery’s side thus far, featuring in 22 league games and has been one of the team’s best performers so far.

Guendouzi is slowly becoming a fans favourites and his work-rate and tirelessness continue to catch the eyes.

The French youth international has settled seamlessly into the team and top-flight, and that is as a result of the adequate pre-season preparations he had with the team.

Emery has revealed that Guendouzi sacrificed the chance to play for his country at the under-19’s European Championship last summer in order to focus on Arsenal, and it’s surely paid off.

“He wanted to stay and work with us,” the Spaniard said.

“He earned the possibility to take minutes in the first XI.”

Guendouzi could pass for the Premier League’s signing of the season last summer following his impressive start to life in England, and Arsenal must be praised for nicking him under the noses of many clubs.

The French youngster, who could soon earn a call-up to his country’s national team completely flew under the radar of many top sides, and it’s be interesting to see how better he gets going forward.