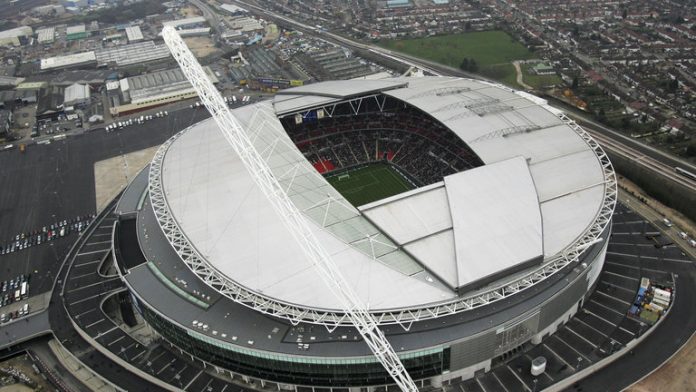 European football governing board UEFA are reportedly in talks with the English Football Association over possibly holding the 2020 European Championships in the UK.

Being the 60th anniversary of the first European Championships, Euro 2020 was scheduled to be hosted in 12 different cities across the continent.

After first being postponed to 2021, there’s now a chance the tournament will be hosted in a single country to help ensure a safe environment for fans to attend games.

There were already 11 fixtures scheduled to be played in the UK, with four being held at Hampden Park in Glasgow, and seven to be played at Wembley Stadium in London, including both semi-finals and the final.

UEFA’s current plan remains to hold the tournament all over Europe, and a decision is expected to come in the next two months. A UEFA spokesperson said: “UEFA’s efforts are focused on planning for a tournament in all 12 original venues with fans.

“Decisions that run counter to that plan could be made much nearer the time if necessary, but there are presently no plans to change any venue.”

If it goes through, it will be the third tournament hosted by England – the other two being the 1966 World Cup, and Euro 1996. In the former, the Three Lions won the tournament, while they reached the semi-finals in the latter.

Meanwhile, The Daily Mail also stated that the FA are ‘increasingly confident’ that fans will be allowed into stadiums for this summer’s tournament.

No spectators have been present at football grounds in the UK since early March. Fans were expected to return in October, but a spike in COVID-19 cases put that plan on hold.