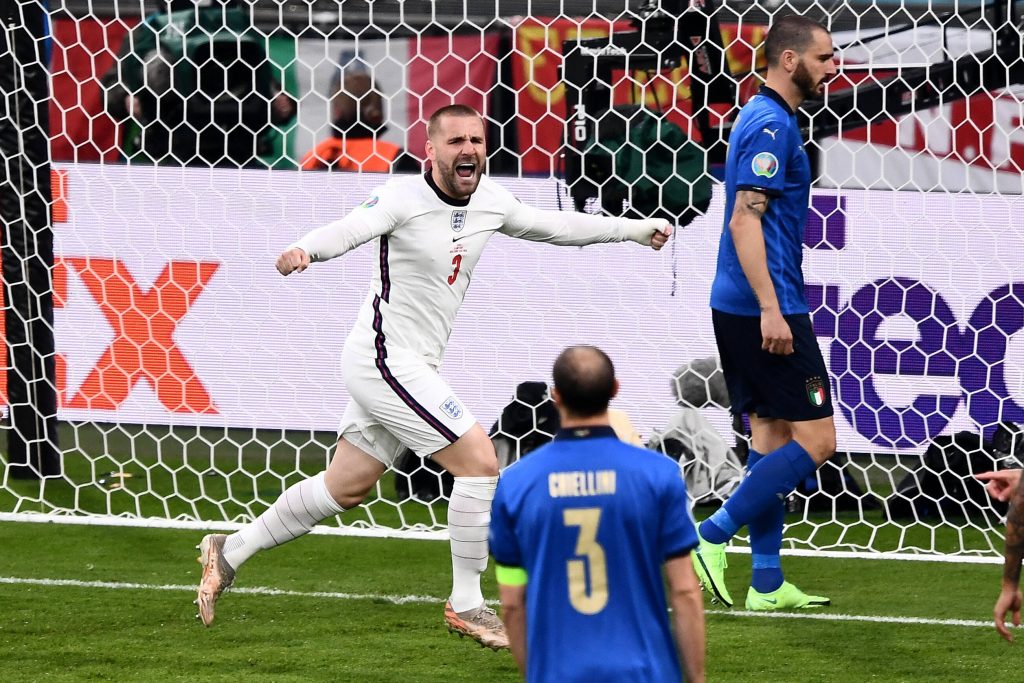 A selection of Manchester United fans on Twitter sympathised with Luke Shaw as he was on the losing end of the Euro 2020 final last night.

England made the perfect start against Italy at Wembley Stadium, with Shaw coming up with a sublime half-volley at the near post to score in the third minute.

However, they could not extend their lead. The visitors found momentum as the game went on and scored with a scrappy effort through Leonardo Bonucci in the 67th minute.

The game headed to penalties with the scores at 1-1 after 120 minutes. The Three Lions suffered another heartbreak, with Italy prevailing 3-2 in the shoot-out.

Despite the disappointing defeat, there were many top performers for England during the course of the tournament. Shaw was definitely the stand-out player.

Some United fans were sad for him. Here are a few reactions after the final defeat.

I feel the worst for Luke Shaw man.

Well done @LukeShaw23 you should be proud, onward to the prem season with #MUFC

Shaw struggled with injuries and inconsistent form in his early career, but in the past 12 months, he has managed to step up with quality displays.

The £150,000-a-week star carried the form over to the European Championships. He was fantastic during the knock-out phase with three assists and one goal.

Shaw, who is celebrating his 26th birthday today, scored his maiden goal in the country’s colours, but it was not sufficient to deliver glory.

He should still be proud of his efforts. He has now established himself as an undisputed starter for club and country, and the future looks bright for him.