We bring you a roundup of all the latest transfer stories including Paris St Germain’s plans on recruiting an Anfield fan favourite while Chelsea have contacted an unknown Georgian. To add to the spice, a Manchester United star’s agent has hit back at Arsene Wenger.

Italian media outlet TMW have cited German daily that French Champions Paris St Germain are keen on signing Liverpool midfielder Jordan Henderson in the upcoming January transfer window. Henderson is currently sidelined with a broken foot but he is expected to return in a couple of months.

The 25 year old is a key player for the Reds was expected to sill in Steven Gerrard’s boots this season after being named captain. However the English international finds himself on the wrong side of the sidelines as of now. It really comes as a surprise to see that PSG are interested in the player but it won’t make sense for Henderson to leave Anfield where is tipped for a great future.

The Daily Express have quoted Spanish publication Marca, the latter who have claimed that Chelsea have contacted Georgian goalkeeper Giorgi Loria, who plays for FC Krylia Sovetov Samara in Russia.

The coach of the Georgian national team, Kaja Tsjadadze was quoted saying, “For the last two days, Chelsea have not stopped calling.” We had also reported yesterday that Jose Mourinho has also targeted Manchester United’s Victor Valdes fearing that an injury to Asmir Begovic could ruin Chelsea’s season.

The Blues are already without first-choice goalkeeper Thibaut Courtois who has been ruled out with a long-term knee injury and should Begovic get injured, Chelsea will have no top class goalkeepers left. The Stamford Bridge side though will need the Premier League’s approval to make an emergency loan signing outside the transfer window.

The ESPN reports that Manchester City have finally turned their sights move Juventus’ Paul Pogba. The Citizens who were heavily linked with the Frenchman in the summer have now set their sights on Bayern Munich’s Spanish midfielder Thiago Alcantara. 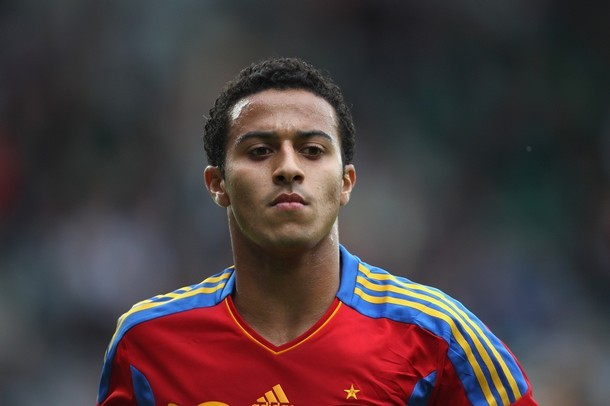 The former Barcelona player had an injury problems last season but has played regularly for Pep Guardiola’s side this campaign. Despite City offering a huge offer, it is highly unlikely that Bayern will sell one of their prized assets.

This is according to the Daily Express who believe that the newly promoted EPL side could sign the Togolese. Watord turned down Adebayor’s request to train with them but still want in January. Manager Quique Flores was quoted saying, Maybe it is possible. And maybe other big names, but now it’s difficult.”

“We know Adebayor is an amazing player, but two weeks ago we have closed the squad. We can’t move anymore. We have said to him all the best for the future, you never know what may happen in the future, one day maybe we will train together.”

Finally Anthony Martial’s agent has hit back at Arsene Wenger:

Anthony Martial’s agent has hit back at Arsene Wenger’s comments which mentioned that the French youngster is more of a winger than a striker. Wenger admitted that he was interested in Martial before United sealed a £58m deal for the player’s services on deadline day.

Martial’s agent has hit back saying to French media outlet RMC saying, “Anthony is a true modern centre forward. I don’t agree with him [Wenger] because Anthony scored between 25 and 30 goals a season at Lyon’s youth academy while playing as a centre forward and having never played as a winger. When he gets free and leaves the centre, it’s actually to speed up and get away from the central defenders.”