With Manchester United transfer gossip dominating the front and back pages all over the globe, it only seems right that we address one of the most spectacular sounding pieces of speculation in today’s Transfer Lens, that of Edinson Cavani’s link with a move to Old Trafford.

The above picture seems to tell a lot of Cavani’s story in the French capital so far. Arriving at PSG in the summer for a colossal £55m, the Uruguayan has lived so far in the ominous shadow of Zlatan Ibrahimovic, struggling to assert himself as the club’s main striker.

Often deployed on the flanks, Cavani’s considerable talents are arguably being wasted by the Parisian side, with Laurent Blanc preferring the mercurial Zlatan as he continues to plough a lone furrow up top.

The Mirror have reported today that Cavani has grown tired of his predicament, and that the the 26-year-old has also been less than impressed with the overall standard of Ligue 1.

The report claims that Manchester United are lining up a summer move for the super striker, with David Moyes becoming increasingly aware that Wayne Rooney may wish to leave the club come the end of the season.

It has been a difficult campaign for the reigning Premier League champions, who find themselves 14 points adrift of the top spot, and struggling to rediscover the form that made them the best team in the land.

If Rooney, who was strongly linked with a move to Chelsea last summer, does decide to depart, then Cavani is said to be Moyes’ number one option.

The Scot has been off scouting talent this month, and watched PSG beat Bordeaux in the French Cup last week. The 50-year-old seems very positive of securing his preferred signings,

“Judging by trips I’ve made recently and the things I am hearing, what has happened so far this season won’t be an issue when we sign players,” said Moyes,

“The number of big players wanting to join Manchester United is incredible.

Tom’s Verdict: If he can pull it off, this would be an enormous coup for Moyes. Cavani is one of the very best strikers in the world, and it is a worry that he will waste away on the wings, despite him keeping up his impressive goal return.

Zlatan is king in Paris, and while he remains at the Parc des Princes, arguably no striker will truly thrive in their desired position at the club.

The Daily Mail has claimed that Sir Alex Ferguson has waded into the situation, and has phoned his former United charge, Blanc, about the possibility of securing Cavani.

The PSG boss will not entertain the idea of a January move for the striker, but will reportedly discuss the proposed deal further come the summer.

If Wayne Rooney leaves at the end of the season, then United should pull out all the stops so as to secure the Uruguayan, as his presence would certainly appease the fans in the aftermath of a hypothetical Rooney departure, let alone fire up the entire club for an assault on the Premier League next season. 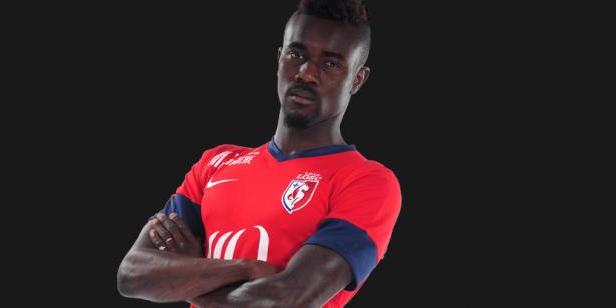 According to French magazine ‘But!’, Arsenal have sent scouts to watch 23-year-old Lille left-back Pape Souare.

The report (via ‘Inside Futbol’) claims that Arsenal scouts were present for Lille’s clash with St Etienne last night, with Arsene Wenger said to have been impressed with the Senegalese defender so far this season, who has played every game for Les Dogues after the sale of Lucas Digne to PSG.

Tom’s Verdict: While Arsenal can boast the best defensive record in the Premier League, neither Kieran Gibbs or Nacho Monreal have been outstanding, with Per Mertesacker and Laurent Koscielny taking the plaudits for the Gunners’ defensive solidarity.

If Arsenal were to put in a bid for Souare, then Monreal would surely depart, perhaps on loan, having failed to really put pressure on Gibbs on the left side.

What do you think? Agree with my verdicts? Let me know in the comments below…