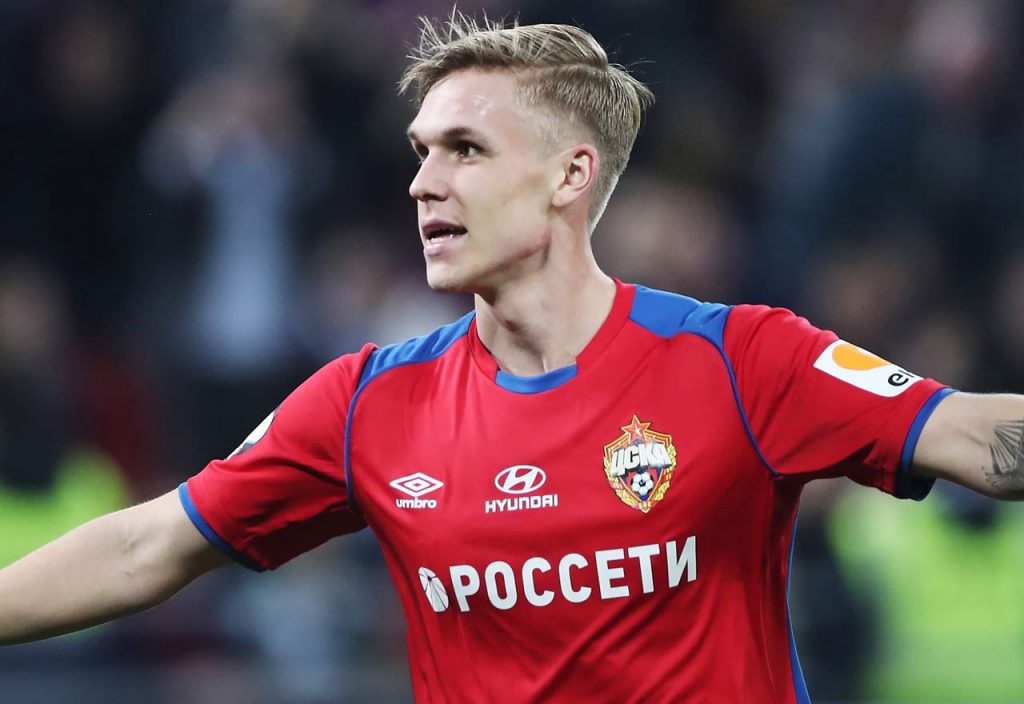 Tottenham are thought to be keen on the Russian forward Fedor Chalov this summer.

According to Daily Mirror, Liverpool, Arsenal and Manchester United are interested in the player as well.

Spurs could use another reliable goalscorer this summer and Chalov would be a good addition.

The Russian is still quite young and he will keep improving under a manager like Pochettino. He managed to score 15 goals for CSKA Moscow last season and he could be the ideal alternative/partner for Harry Kane.

Tottenham have struggled in the absence of the England international at times last season and Chalov could plug that gap during rotation and injuries.

Clubs from Germany, Spain and France are keen on the 21-year-old striker as well.

It will be interesting to see if Spurs make their move for the player in the coming weeks. The Londoners should look to submit an offer soon if they really want him.

They won’t want to be drawn into a bidding war later in the window.

Chalov is thought to be valued at around £20million.