The Premier League season is entering into its final 10 game stretch, and with everything still up for grabs, it will surely prove to be one of the most exciting ends to a season for many years.

Gameweek 28 has been hit hard by red tape, with a whole host of games postponed or rescheduled, leaving only eight matches for the baying crowds to sink their teeth into.

In the top echelons of the league, Chelsea, Arsenal, Liverpool and Tottenham are in action over the weekend, with Manchester City not back in the Premier League until the 15th March, while United will return on the 8th.

In the buildup to the weekend’s sparse, yet interesting encounters, Soccerlens have compiled a 10 strong list of the best stats and facts, spread over the three of the big name ties. See what you think: 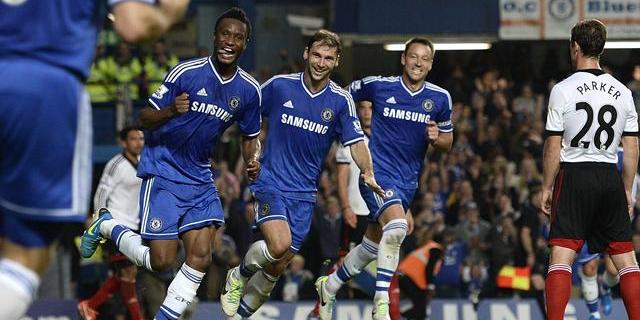 The last meeting between the sides coughed up arguably the greatest stat of all. John Obi Mikel, who has been at Stamford Bridge for eight years, scored his first ever league goal!

It was a bizarre moment to say the least, as the Nigerian leapt like a salmon six minutes from time and guided the ball into the net with an outstretched leg. Needless to say that the Chelsea players, who have lovably nicknamed him ‘Tracy Chapman‘, went bonkers for the ball-winning defensive midfielder.

1. Darren Bent has scored in four of his last six games against Chelsea.

2. Fulham have suffered the most shots against them out of the whole of the Premier League.

3. With a victory, Chelsea will reach their 100th win in London Derbies.

How time flies. Last time out, Arsenal beat Stoke 3-1 at the Emirates, with the much maligned Mesut Ozil having a hand in all three of the Gunners’ goals.

The German has endured a miserable winter in North London, and had been afforded an extended break from the first team fold in order to rest and recuperate.

Arsene Wenger has now confirmed that the £42m signing will make his return to the squad for the trip to Stoke, with Arsenal fans desperate to see Ozil back to his best.

1. The Gunners have failed to beat Stoke in their last three visits to the Britannia Stadium.

2. Only Tottenham have earned more points away from home than Arsenal this season.

3. Arsenal have the highest shots on target percentage in the league, with 55.3%

Southampton have an excellent record against Liverpool, and toppled them 1-0 at Anfield earlier on in the season. Dejan Lovren grabbed the only goal of the game, and the Saints will certainly fancy their chances at St Mary’s on Saturday, despite the free-flowing nature of this Liverpool outfit.

Luis Suarez and Daniel Sturridge are relentless in their own personal competition for the Premier League Golden Boot, and with the pair up top for Liverpool, it will take a performance of the highest calibre from the Southampton defence to stop them scoring.

1. Liverpool have scored 11 headers from just 15 target this season, a Premier League high.

2. Liverpool have scored the most first half goals in the division.

3. Southampton have won four of their last five matches against Liverpool at St Mary’s.

1. No player has had more goal attempts in the Premier League than Nikica Jelavic since the Croat joined Hull City last month! 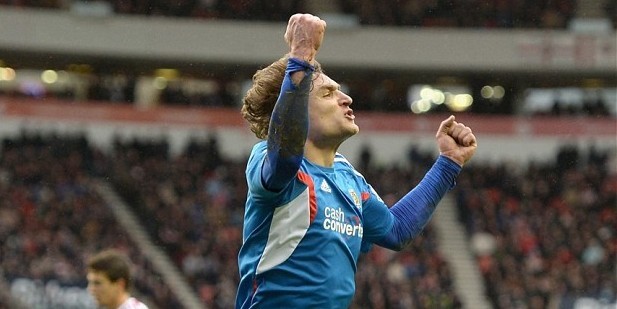 What do you think? Predict any upsets here? Let me know in the comments below…