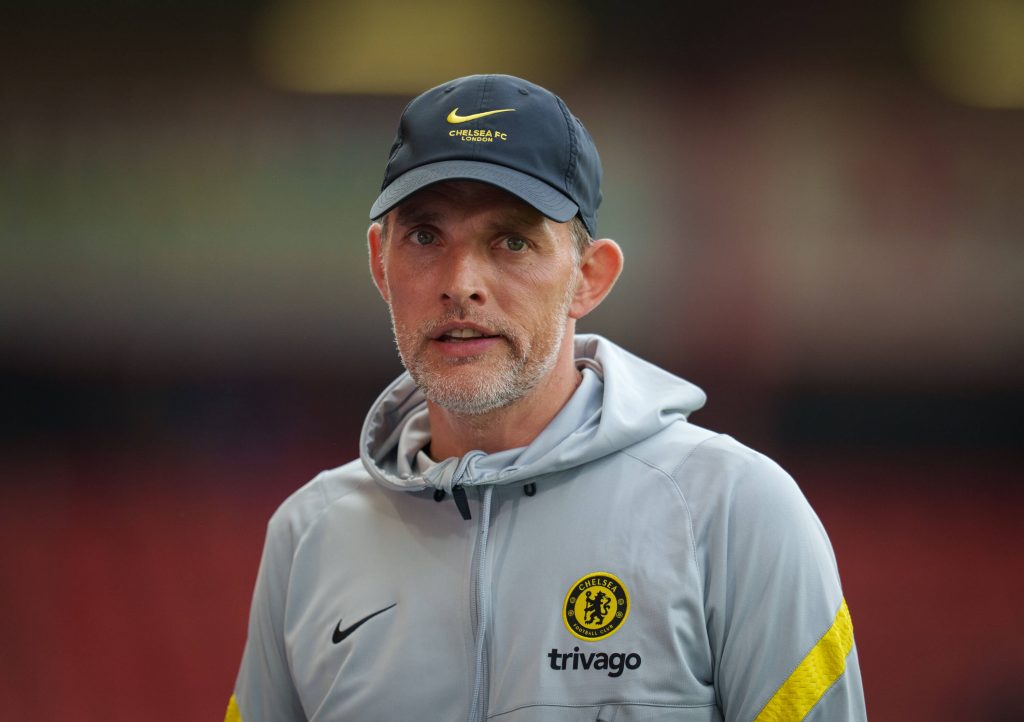 Chelsea manager Thomas Tuchel has provided a fitness update on three players ahead of the Premier League clash against Arsenal on Sunday.

The Blues were without N’Golo Kante (muscle injury) and Hakim Ziyech (dislocated shoulder) for the season opener against Crystal Palace.

It was confirmed that the setbacks were only minor. Ziyech did not require surgery for the shoulder concern. The pair have now returned to training.

In his press conference, Tuchel confirmed that the duo will have intense physical sessions tomorrow, but there are positive signs that they could be involved on Sunday.

He told football.london: “Hakim and N’Golo both trained yesterday, so we need to have a more physically intense session tomorrow and decide tomorrow.

“Right now, it seems very positive that both can be in the squad for Sunday.”

However, Christian Pulisic is expected to miss the London derby at the Emirates Stadium after testing positive for coronavirus earlier this week.

Tuchel added: “Christian has unfortunately had a positive test and needs to follow the protocols. He’s not been training and is not available for the game.”

The Blues definitely have the momentum on their side ahead of the derby. They won the UEFA Super Cup last week before convincingly beating Crystal Palace 3-0.

They take on the Gunners, who could be without eight first-team stars including new signing Martin Odegaard. He has not been registered due to visa issues.

The Blues have tended to struggle against their London counterparts in recent years. They have beaten them in just one of the last five league meetings.

They have the perfect platform on Sunday to register back-to-back league wins and pile more misery on the Gunners, who lost 2-0 at Brentford in the season opener.

The Belgian will be keen to impress and improve his scoring record against the so-called ‘Big Six’.