I’ve noticed that there’s been a phenomenal amount of Manchester United gossip recently. The rumour mills have reached fever pitch over who David Moyes will sign this month/week/hour.

Does that tell you more about how attractive a club United still are, or more about the dire state of the current United squad?

But I thought we could peer into the dealings of two other top clubs this evening, with Arsenal reportedly hunting a former Bolton striker (it’s more exciting than that, promise), and Liverpool looking to dive into the Austrian league to snap up Red Bull Salzburg midfielder, Valon Berisha.

From egg and chips to the Estádio da Luz, its been a crazy ride so far for Spanish striker Rodrigo Moreno Machado, and if reports are to be believed, Arsenal are looking to drag him back to England this January.

Rodrigo spent the 2010/11 playing at Bolton, joining on loan immediately after signing for Benfica. The attacker made little impact however, netting just once in 20 games for Owen Coyle’s side.

Now still only 22, Rodrigo has been in good form this season for Benfica, bagging eight goals in 17 games this season in all competitions.

Chelsea were reportedly eyeing up the striker back in November, but now, according to talkSport, Valencia, Arsenal and Zenit St Petersburg are the three front-runners for the player’s signature.

Tom’s Verdict: Valued at around £13m by the Portuguese giants, it is highly doubtful that Arsene Wenger will splash that kind of cash on a striker who is still largely unproven at the highest level.

The Gunners have been linked with some of the biggest strikers in world football, and to throw a large chunk of the transfer budget at Benfica for Rodrigo would be madness.

This is the same Russian side that signed Hulk for £40m… 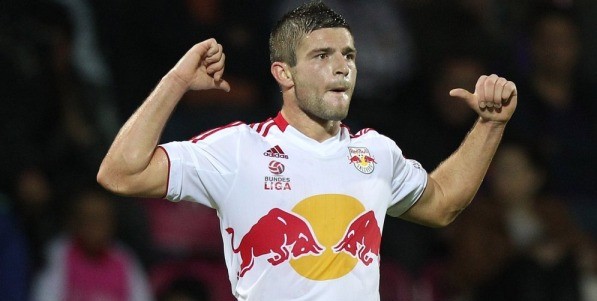 Liverpool are reportedly in negotiations with Red Bull Salzburg over the potential transfer of Norwegian midfielder Valon Berisha.

The 20-year-old has been watched on numerous occasions by Liverpool scouts, according to Norwegian newspaper ‘Aftenbladet‘, and the clubs are said to be discussing a January transfer worth around £10m.

Liverpool have a ‘man on the inside’ of sorts, with former boss Gerard Houllier now the Director of Sports at Salzburg.

Tom’s Verdict: I believe Berisha can play in a variety of positions, and looks a steal at £10m. Liverpool need to bulk up their midfield, but considering that Iago Aspas has failed to deliver the goods, Berisha would even give Brendan Rodgers an added option further up.

I am a little skeptical of the Norwegian report that states Liverpool have all but signed the player. There has been no word anywhere else of the player being linked to a move to Anfield this month, and it has really popped up out of nowhere.

Don’t believe everything you read…!

What do you think? Agree with my verdicts? Think I’ve got it hopelessly wrong? Let me know in the comments below…