Still no movement thus far from the Premier League big guns this month, with the January transfer window still but a beckoning siren for the likes of David Moyes and Arsene Wenger to either staunchly ignore, or tentatively engage.

Just one of the many Frenchman currently plying their trade with the ‘Toon Army’, Cabaye has arguably been their brightest star, having bagged five goals and four assists so far this season, and putting in a number of stellar performances from midfield.

Arsenal are rumoured to be admirers of the 27-year-old, along with French champions PSG, with intense December speculation linking the Gunners with a January bid.

‘I see the price quoted in the papers but it isn’t our price. We don’t want to sell him, of course we don’t. He is the main man here and he’s got the platform to be the main man at a big club and you don’t get always get that.’

But now Arsenal are reportedly set to act upon their interest, with French channel ‘BFMTV‘ claiming Arsene Wenger is looking to test Pardew’s resolve with a £30m bid.

Tom’s Verdict: While Cabaye remains a solid player, the Gunners will not be desperate to procure a central midfielder this month.

Wenger said just that back in December, as quoted in the Mirror:

“Today (Arsenal’s December win over Newcastle) we had no Ozil, no Ramsey, who stayed at home, and still had three good midfielders, and still had Arteta on the bench. There is no real need in there.”

Mikel Arteta, Mattieu Flamini, Aaron Ramsey, and Jack Wilshere have excelled in Cabaye’s position so far this season, and I can’t see the Gunners shelling out for the Frenchman. 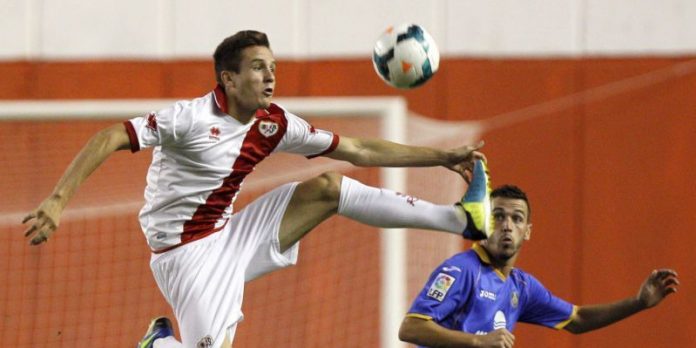 According to the ‘Daily Mirror‘, Man Utd have joined the race for Spanish youngster Saul Niguez.

The 19-year-old midfielder has caught the eye of the likes of Arsenal and Chelsea in recent weeks, and United assistant boss Phil Neville apparently flew to Spain yesterday to watch the player in action for La Liga side Rayo Vallecano.

Niguez, who is on a season long loan with Vallecano from Atletico Madrid, can play in the defensive midfield role or in the centre of defence, and is tipped to mature into a world class operator.

Tom’s Verdict: The young Spaniard’s £5m valuation will climb steadily as he continues to perform on loan at Rayo, and any club looking at securing his signature should move fast.

Chelsea may have the upper hand, having loaned Thibult Courtois to Niguez’ parent club Atletico for the past three seasons, and United could have to offer a much more tempting package than the Blues to have any chance of completing a deal. 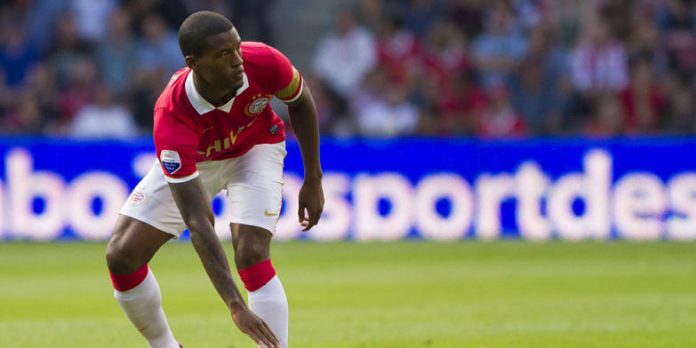 PSV Eindhoven captain Georginio Wijnaldum has been linked with a January move to Anfield, according to ‘The Metro’, with Brendan Rodgers looking to add extra power to his midfield.

The Dutch attacking midfielder, who rejected the overtures of Arsenal in the summer, was handed the PSV captaincy by manager Phillip Cocu at the start of the current campaign, and has 4 goals from 10 games so far this season despite struggling with a back injury.

Liverpool are reportedly set to make a £9m offer for the 23-year-old, who joined PSV from rivals Feyenoord in 2011.

Saikat’s Verdict: No, can’t see that happening. Liverpool’s priority this January must be to sign a defensive midfielder.

Brendan Rodgers has sacrificed the creative talents of Steven Gerrard to the position in recent weeks, and to avoid this, Liverpool need to add a defensive operator to aid the Brazilian Lucas.

Buying a creative midfielder this month would be somewhat of a luxury!

What do you think? Do Liverpool need an extra midfielder? Will Cabaye move in January? Let us know in the comments below…