India
Home News the german arsenal may be signing this summer 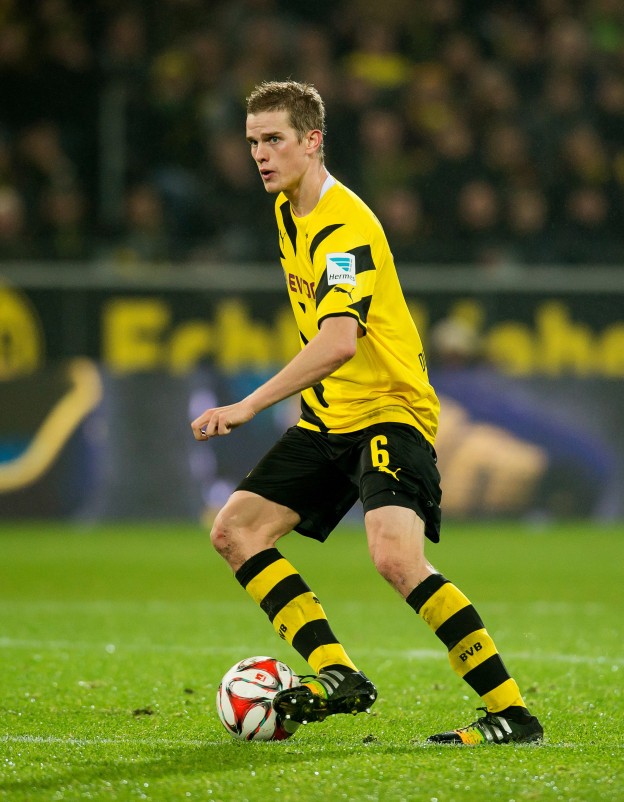 Borussia Dortmund fear they could lose Sven Bender to Arsenal this summer.

German newspaper Bild is reporting that the Bundesliga giants feat the 26-year-old could jump ship because Arsenal are capable of offering him significantly more than he is currently paid.

Bender is on a €3 million-a-year contract at Signal Iduna Park, which works out at roughly £41,000-a-week.

The Gunners would be able to offer the central midfielder a payrise as well as being able to guarantee him a fair amount of first-team football.

Arsenal have been linked to a number of holding midfielders this summer, most-notably Southampton’s Morgan Schneiderlin.  Bender would likely cost less than the £25 million that their fellow Premier League rivals are demanding.

Bender has seven caps for the German national team in a role that is usually occupied by Bastian Schweinsteiger and Sami Khedira under Joachim Löw.

The 26-year-old is a solid tackler, and is good at picking off passes from the opposition, as well as being physical in the air.  Arsène Wenger really only has Francis Coquelin as a solid holding midfielder in his first team and the French midfielder only has half a season of Premier League action under his belt.

Santi Cazorla, Aaron Ramsey, Jack Wilshere, Mikel Arteta and Mathieu Flamini have all been used there, but most would feel that Sven Bender would be an upgrade defensively in comparison.

Many feel Wenger is too naïve versus the bigger clubs in the Premier League and could do with playing two holding midfielders in these matches – much like José Mourinho does successfully at Chelsea.

Sven Bender only made 14 starts in the German Bundesliga last season, as well as six more appearances from the substitutes bench and a six starts in the UEFA Champions League.  The German international has suffered more than his fair share of injuries over the past two seasons, which also prevented him from being part of Germany’s 2014 World Cup winning squad.

With Jürgen Klopp having left Borussia Dortmund at the end of this past season having failed to qualify for next season’s Champions League, Bender is one of several names who are being rumoured to depart this summer.

Teammates İlkay Gündoğan and Sokratis Papastathopoulos are two other names largely expected to find new clubs before the start of the 2015-16 season.