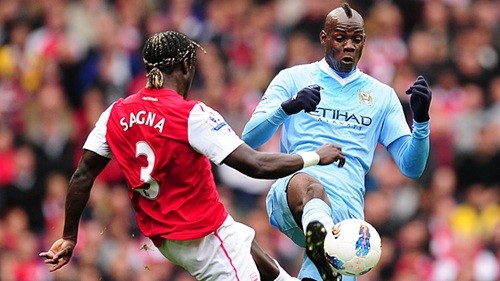 In the second of two mouth-watering games this weekend, Premier League champions Manchester City host Arsenal at the Etihad Stadium. With both teams having ambition of domestic glory this term, the fixture will be an early yardstick to rate progress, with a valuable three points up for grabs.

Manchester City have opened their 2012-13 season with two home wins and two away draws, with three points picked up against Southampton and QPR, and spoils shared with Liverpool and Stoke. The Citizens pride themselves on their home form, and are unbeaten at the Etihad Stadium in the Premier League since December 2010, when they were beaten 2-1 by Everton; a total of 31 games without defeat. bet-at-home.com have City as favourites for this game, with odds of 1.70 for a home victory. 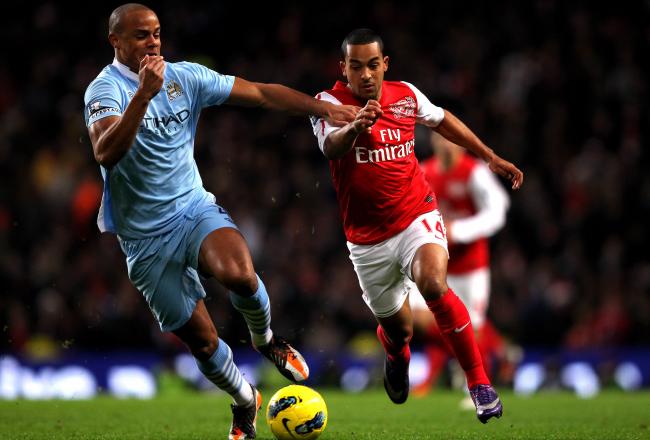 Roberto Mancini’s men were close to a momentous victory over Real Madrid at the Santiago Bernabeu on Tuesday night, but two late goals resulted in a 3-2 loss for the English side. The home faithful will hope that the side’s exertions in the Spanish capital do not take their toll, but both Samir Nasri and Maicon picked up injuries against Jose Mourinho’s men. The French midfielder is certainly ruled out whilst the marauding full-back will face a late fitness test.

One boost for City will be that Sergio Aguero is now fighting fit once more, and will be raring to go after missing over a month’s action. Mancini has decisions to make in attack given the Argentine’s return – City stepped out with Carlos Tevez as a lone frontman against Madrid, but the Italian coach will be tempted to start with two in attack for this one. Edin Dzeko has also thrown his hand up for inclusion after scoring in midweek, which takes his tally to three for the season after strikes in both of City’s home games this term also. Mario Balotelli has also recovered from laser surgery on his eye and is available for selection.

Arsenal are in slight transition after the summer transfer window, with the departures of Robin van Persie and Alex Song counter-balanced by the additions of Santi Cazorla, Lukas Podolski and Olivier Giroud. After blunt performances and 0-0 draws against Sunderland and Stoke, the Gunners seem to have found form, with a trio of victories over Liverpool, Southampton and Montpellier in midweek. Wins at Anfield and away to the Ligue 1 champions will have Arsene Wenger’s men hopeful of another three points on the road to keep momentum going; bet-at-home have the north London team as outsiders though at odds of 4.75. 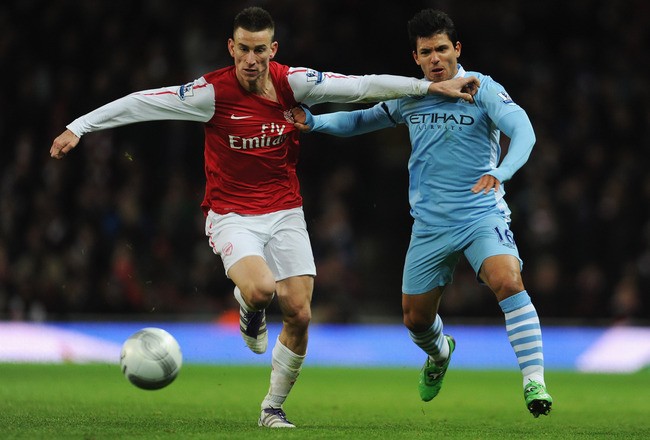 The Gunners have been stringent in their rearguard this season, with only two goals conceded in their five competitive fixtures. Vito Mannone replaced the injured Wojciech Szczesny in goal for the game in the Champions League; the young Italian stopper is set to retain his place in Wenger’s line-up and can expect to be tested. In other positive news Jack Wilshere is back in training with the Arsenal first-team, but is still some weeks away from returning to the competitive fold.

These two sides have something of a rivalry in the transfer market, as a string of players who have shot to stardom at Arsenal have moved to City over recent years. Kolo Toure and Gael Clichy are in consideration for a start against their former employers this time round, whilst Nasri is sidelined; Emmanuel Adebayor has also made the move from north London to Eastlands in the recent past.

Of the last ten games between the sides in all competitions with City at home, the hosts have won five and Arsenal have won five. On that evidence it may well be time for the teams to share a point each, with bet-at-home.com giving odds of 3.50 for a draw. David Silva scored the only goal of the game in a 1-0 victory for Mancini’s men in the corresponding fixture last term, with the same scoreline to Arsenal at the Emirates; Mikel Arteta struck a late winner in that game.

One feels that the respective defences on show will have a big part in deciding the outcome of the fixture. Arsenal have won their last five games away from north London and have shown a solid back four this term; meanwhile City’s defence is looking less than secure with the concession of nine goals in their five competitive games so far. New signing Matija Nastasic looks set to start again at centre-half for the hosts and is still finding his feet, whilst the brisk counter-acting of Cazorla, Podolski and the revitalised Gervinho will make the visitors a dangerous opponent; this should be a very interesting game, with the winner potentially going top of the Premier League at the end of the weekend’s fixtures.