According to reports emanating from Italy, Arsenal’s Thomas Vermaelen has joined Liverpool’s Daniel Agger at the top of Napoli’s January transfer agenda. 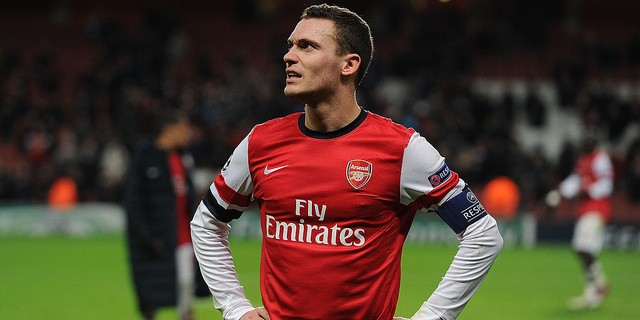 Italian newspaper ‘Corriere dello Sport‘ report that Napoli executive Maurizio Micheli was present during the 0-0 draw between Arsenal and Chelsea last night, and ran the rule over Vermaelen. The Italian side are reportedly looking to dip into the January transfer market for a centreback.

The Arsenal captain, who played the full 90 minutes in the absence of Laurent Koscielny, has endured a trying season so far, having made only five Premier League appearances for the Gunners.

With the World Cup nearly upon us, and his first team opportunities severely limited, it is plausible that the Belgian could make a January exit.

Benitez is also looking at Liverpool defender Daniel Agger, who remains the Spaniard’s number one January transfer target. The Dane has also struggled to nail down a first team place, and has made only eight Premier League appearances this season. 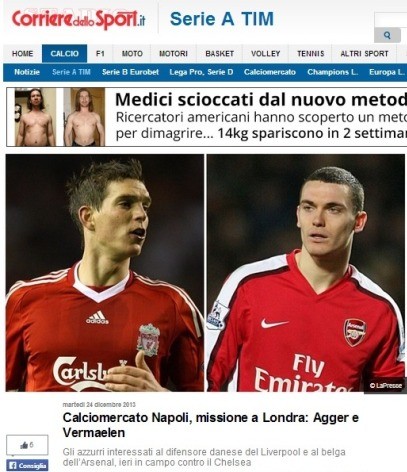 The arrival of Mamadou Sakho from PSG in the summer, coupled with Brendan Rodgers’ penchant for experimental back lines has hampered Agger’s progression this term; with the 29-year-old also suffering from a spate of injuries.

Both potential moves have merit, with the two Premier League defenders with much more still to give. Much will depend on the willingness of the respective English giants to sell, and currently I think that Agger is the more likely to make the move to Italy.

What do you think? Which player is more likely to join up with Benitez’ Napoli? Let me know in the comments below…