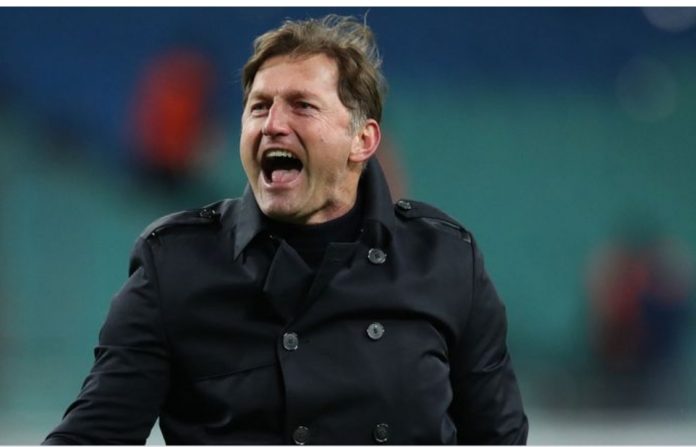 Southampton fans left St Mary’s in jubilant mood, after The Saints clinched victory in a five-goal thriller with Arsenal.

They had already led twice, before Charlie Austin netted a late winner in Ralph Hasenhütti’s first home game in charge.

Southampton had taken the lead with twenty minutes on the clock, thanks to loanee Danny Ings heading home. The lead only lasted eight minutes though. Henrikh Mikitaryan scoring with a header of his own to bring the scores level.

Just before half-time, Southampton restored the lead, and  it was that man Ings again. Yet another header, this time from a Nathan Redmond cross.

Arsenal came out after the break searching for another equaliser. It came eight minutes into the second half from Mkhitaryan, once again – A left footed effort from just outside the box restoring parity. At that point it was anyone’s game.

Arsenal probed, and The Saints hit on the break, but a point apiece looked to be the likely outcome. Then Charlie Austin’s moment arrived. A fabulous cross from Shane Long wasn’t dealt with by the Arsenal defence, and  the much-maligned Austin stole in with a close-range header to send Saints fans delirious with joy.

It didn’t take long after the final whistle blew for Southampton fans to voice their approval on social media. 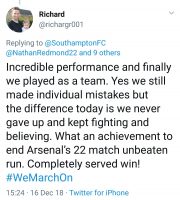 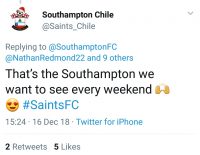 The future looks bright for The Saints to march on

Ralph Hasenhütti’s revolution looks to have made a great start. The most notable thing from today’s game, was the way The Saints showed pride and passion. The Austrian has certainly instilled some fire into their bellies.

Moving on, Southampton are now 17th in the league. They face a huge six-pointer at Huddersfield next weekend. A win at Kirklees Stadium will give Saints fans belief that they can beat the drop comfortably this season.