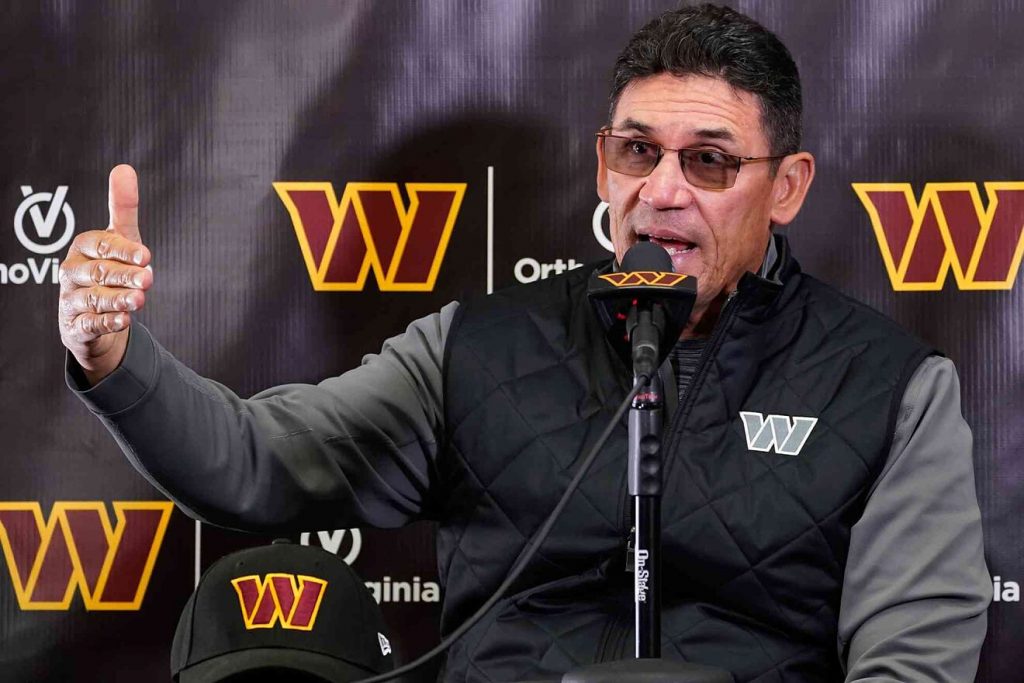 Washington Commanders head coach Ron Rivera certainly got very animated after his side’s win over the Chicago Bears on Thursday night, as the head coach defended Carson Wentz before storming out of his press conference.

The Washington Commanders managed to beat the Chicago Bears 12-7 in Thursday night football this week, but the headlines will all come after Ron Rivera firmly defended his QB before storming out of his press conference:

“Everybody wants to keep saying I didn’t want to do anything with Carson, well bull****.

Ron Rivera VERY fired up responding to a question about a report that he didn’t pick Carson, Synder did: pic.twitter.com/jx6oObewu1

“I’m the f—— guy that pulled out the sheets of paper, that looked at the analytics, that watched the tape, and the freaking when we were in Indianapolis. OK. And that’s what pisses me off, because the young man doesn’t deserve to have that all the time. I’m sorry, I’m done.”

Rivera stormed straight out of the conference following his comments, refusing to answer any more questions on the night.

Wentz was at the centre of the action against the Bears, with the QB struggling with injuries throughout the match on Thursday night.

YOOOOO what a block from Carson 🥞

The 29-year old was already reported be coming into the game with a bicep strain, however it was a banged up hand and a rewrapped ankle that seemed to cause the Commanders QB the most problems.

Wentz was able to complete the match however, and confirmed afterwards that his hand would be ‘OK’.

“It’s a little sore. I think I’ll be alright. I hit it on a helmet. I don’t know what it was, second quarter maybe. The chilly conditions didn’t necessarily help the jammed fingers. It was all right.”