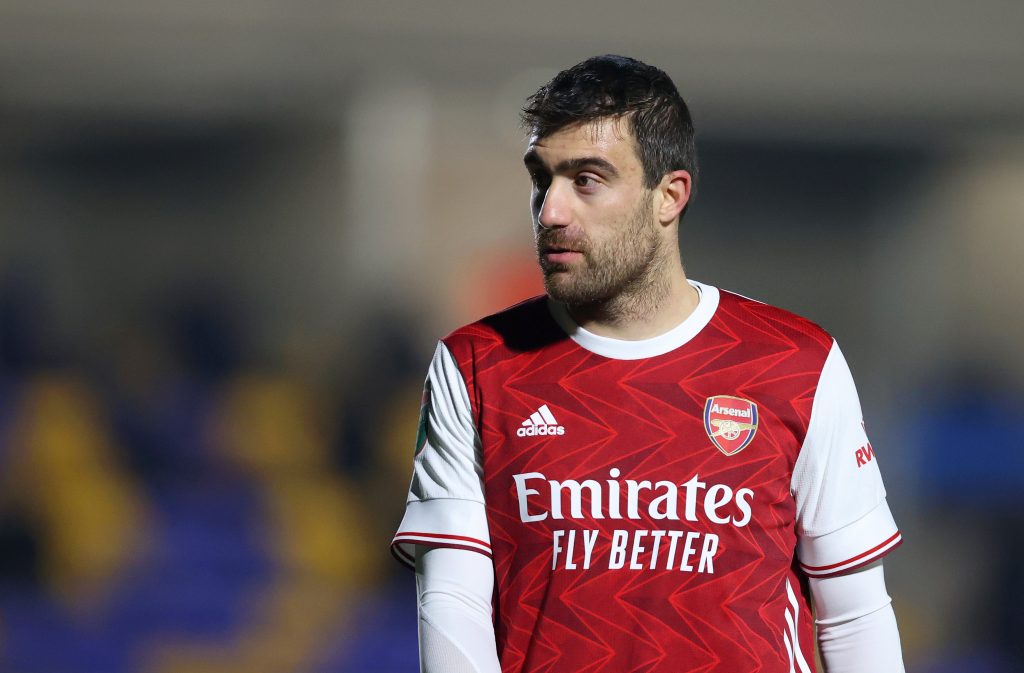 According to Italian journalist and transfer expert Fabrizio Romano on the ‘Here we go’ podcast, Arsenal centre-back Sokratis Papastathopoulos has been offered to Liverpool.

The Greek international was excluded from the Gunners’ Premier League and Europa League squads for the 2020-21 season, and he is expected to leave the North London outfit before the end of the January transfer window.

While he has also been linked with a move to Genoa, he could remain in England should Liverpool manager Jurgen Klopp decide to be reunited with him.

“Yes, also he could be an opportunity, he was an opportunity because he was offered, but at the moment Liverpool have not decided whether they’re signing a centre-back or not, they’re still in the middle of the situation, so nothing has been decided.”

Liverpool are currently thin at the back with the trio of Virgil van Dijk, Joe Gomez and Joel Matip all unavailable at the moment.

Failure to sign a centre-back this month could prove costly and hinder the Reds’ chances of successfully defend their title, and it will be intriguing to see what happens in the coming days.

Defensive midfielder Fabinho has been impressive at the back, but the duo of Rhys Williams or Nat Phillips are inexperienced and aren’t capable of providing the needed solidity on a consistent basis.

Sokratis is struggling at Arsenal for a reason, but the 32-year-old would not be a bad short-term option for Liverpool given his experience.

He played under Klopp at Borussia Dortmund and could be keen to reunite with the German at Anfield.

The veteran centre-back has played 69 games for Arsenal since arriving in the summer of 2018, but has kept himself fit this term by playing with the side’s under-23s and under-21s.

It remains to be seen whether Liverpool will be keen to snap up Sokratis this month, but taking a punt on him could prove to be a masterstroke should he hit the ground running if signed.