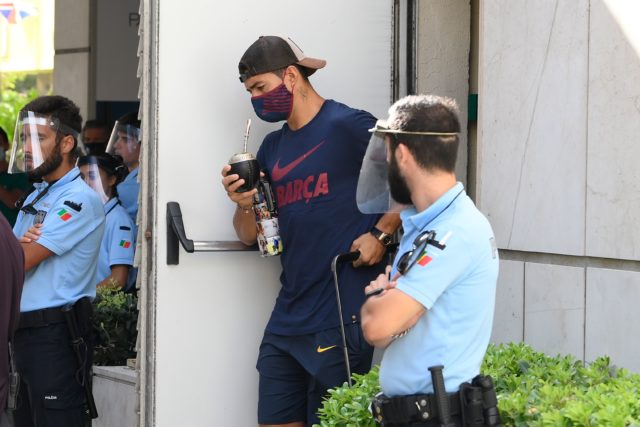 Leicester City are interested in signing Barcelona striker Luis Suarez in the summer transfer window, according to reports from Marca.

New Barcelona boss Ronald Koeman reportedly called Suarez earlier this week and made it clear that the 33-year-old has no future in Catalonia.

Leicester boss Brendan Rodgers worked with Suarez during their time at Liverpool and wants to reunite with the Uruguayan again this summer.

However, Leicester are likely to face competition from the likes of Juventus and Ajax, while Suarez could fancy a move to the MLS as well.

According to reports from Goal.com, Suarez has been offered to Juventus as Andrea Pirlo considers a move for the former Ajax striker.

Italian champions could move him with Gonzalo Higuain set to leave the club.

Suarez joined Barcelona in 2014 from Liverpool and has scored 198 goals for the Catalan giants in all competitions.

He may be a little past his peak but has still managed to score 21 goals in 36 games for Barcelona.

According to a recent report from TMW, Barcelona are willing to sell Suarez for around £25 million, and it remains to be seen whether the Foxes would be willing to pay that amount.

Suarez is a world-class striker, and he might never get a better chance of returning to the Premier League.