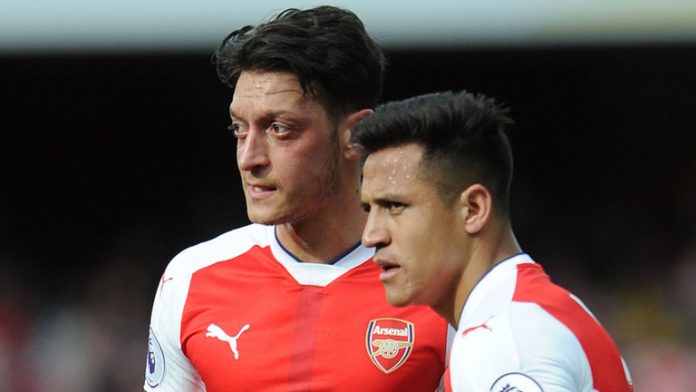 Arsenal have failed to cash in on some of their most prized possessions in recent transfer windows as a result of their contracts running out.

Aaron Ramsey and Danny Welbeck will leave the Emirates for free at the end of the season, joining the likes of Alexis Sanchez and Jack Wilshere, who left for Manchester United and West Ham United respectively without a transfer fee.

Arsenal are ready to prevent such losses from reoccurring going forward, and managing director Vinai Venkatesham has revealed that players who have two years left on their contracts will either have to agree to a renewal or be sold.

“When we are selling players we need to maximise the funds we get to reinvest in the team. We need to be really disciplined when we are dealing with senior players who are not towards the end of their careers,” he told the club’s official website.

“So that means we have to start making the difficult decisions when they have two years left on the contracts. We’re either going to renew those contracts or we’re going to be selling them.

“We’re going to have to be brave in those decisions because we can’t be in a situation where we’re allowing players to walk out of the door for free unless they are coming towards the end of their careers.”

Around eight first-team players, including Pierre-Emerick Aubameyang, Mesut Ozil and Henrikh Mkhitaryan have two years left on their contracts, and there is set to be lots of renewal talks this summer.

Cash-strapped Arsenal have to win the Europa League to earn the Champions League qualifications money in order to have sufficient transfer funds, and manager Unai Emery will be hoping to inspire his side to victory when they face Chelsea in Baku.

The Gunners need to boost their squad in the transfer window in order to challenge for silver and the top-four next term, and it will be interesting to see how they go about it.