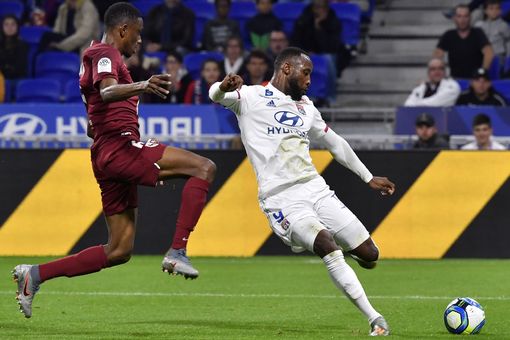 With the appointment of Mikel Arteta, Arsenal have already taken a massive step in the fresh direction.

For a club that are hovering outside the top 10, and nowhere near to the top four, the new manager must delve into the transfer market to bolster the squad.

A major overhaul probably will take place in the summer where proper planning and a blueprint for the future will be required; as of now, the Gunners must look to sign players who can make an immediate impact.

And that is where Lyon forward Moussa Dembele comes in.

According to reports from French publication, Le 10 Sport, Dembele has emerged as one of the top transfer priorities for the Gunners in January.

The 23-year-old made his name during his stint with Celtic where he was simply outstanding under Brendan Rodgers.

Although his £19million move from Celtic to Lyon in August last year caused a stir among the Bhoys fans, the decision seems vindicated as Dembele took his game to the next level in Ligue 1.

Since departing from Parkhead, he has scored 33 goals in all competitions and has 10 goals in 18 Ligue 1 matches this season.

Arsenal are facing the prospect of losing one or both of Pierre-Emerick Aubameyang and Alexandre Lacazette, and in case they do, Dembele could slot in as an ideal replacement.

Dembele’s performance at Lyon clears off the tag of being a hitherto unproven talent. Rather, he has developed his all-round skills and has matured enough as a player.

The Frenchman could be attracted to move to the Premier League, and Arsenal should look to secure the signing of a player who is gradually approaching the peak of his career.