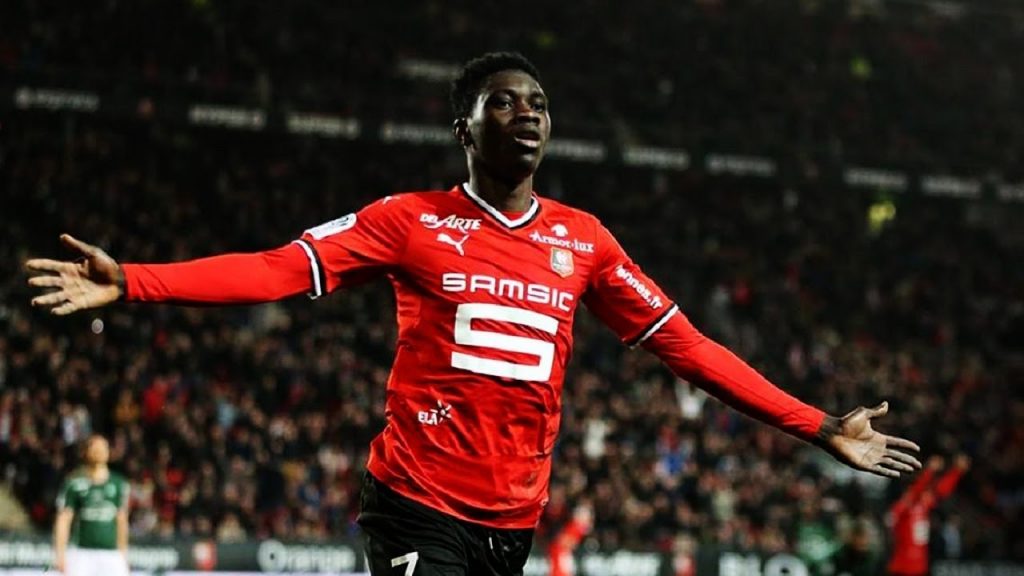 According to football.london, Arsenal are interested in securing the services of Rennes winger Ismaila Sarr ahead of the summer transfer window.

It was earlier reported by Get France Football News that Gunners inquired over Sarr’s availability straight after their 3-1 loss to the French side in the first-leg of their Europa League last-16, and football.london’s Arsenal correspondent Charles Watts confirmed the club’s interest in the 21-year-old.

“Ismaila Sarr at Rennes is certainly a winger they are looking at,” he said.

“Nicolas Pepe was first choice, but he is now well out of Arsenal’s price range and seems bound for Bayern Munich.”

The Senegalese caused the Gunners’ defence all sorts of problems over both legs, grabbing the third in the first-leg.

Sarr, who rejected Barcelona to join Rennes in the summer of 2017 was also responsible for Sokratis Papastathopoulos’ sending off after the Greek had no choice than to foul him at some point.

The winger was on the radar of former head of recruitment Sven Mislintat, and it seems manager Unai Emery shares his sentiment.

The Spaniard could do with Sarr’s explosiveness, creativity and versatility at the Emirates next season, and he should be affordable for cash-strapped Arsenal after costing just £15.2million during his switch from Metz two summers ago.

The Senegal international has 10 goals and eight assists across all competitions this term and was one of his country’s shining lights at last summer’s World Cup in Russia where he played all 270minutes of their campaign.