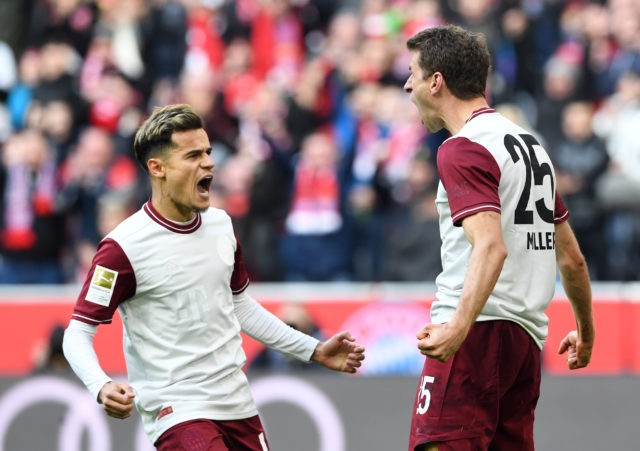 Barcelona are desperate to offload Philippe Coutinho in the summer.

Despite scoring 21 goals in 76 matches since joining the club from Liverpool for a reported transfer fee of around £142m, Barcelona feel they’ve seen enough of him.

The Brazilian joined Bayern Munich on loan where he duly impressed. However, despite scoring nine goals and providing seven assists, Bayern are unwilling to sign him permanently.

Barcelona just want to get rid of him, and they are willing to lower their asking price to £80m. Even then, it’s a huge amount, and especially with the global economic situation affecting football finances, no clubs would be willing to pay that amount. And that leaves Barcelona in a spot of bother.

Coutinho has attracted interest from the Premier League, with the likes of Chelsea and Tottenham Hotspur are keen to secure his services.

According to reports from Catalan publication Sport, both the aforementioned clubs could be a possible destination for Coutinho. Barcelona are open to accepting a player-plus-cash deal offer in order to lower Coutinho’s asking price.

The report claims that Barcelona have been ‘intensifying contacts’ with the Premier League clubs to try and reach an agreement.

Coutinho wants to return to England and his agents are trying to convince Chelsea and Spurs to sign him. The two clubs would like to negotiate a transfer deal with a purchase option after signing him on loan, but Barcelona are averse to that idea.