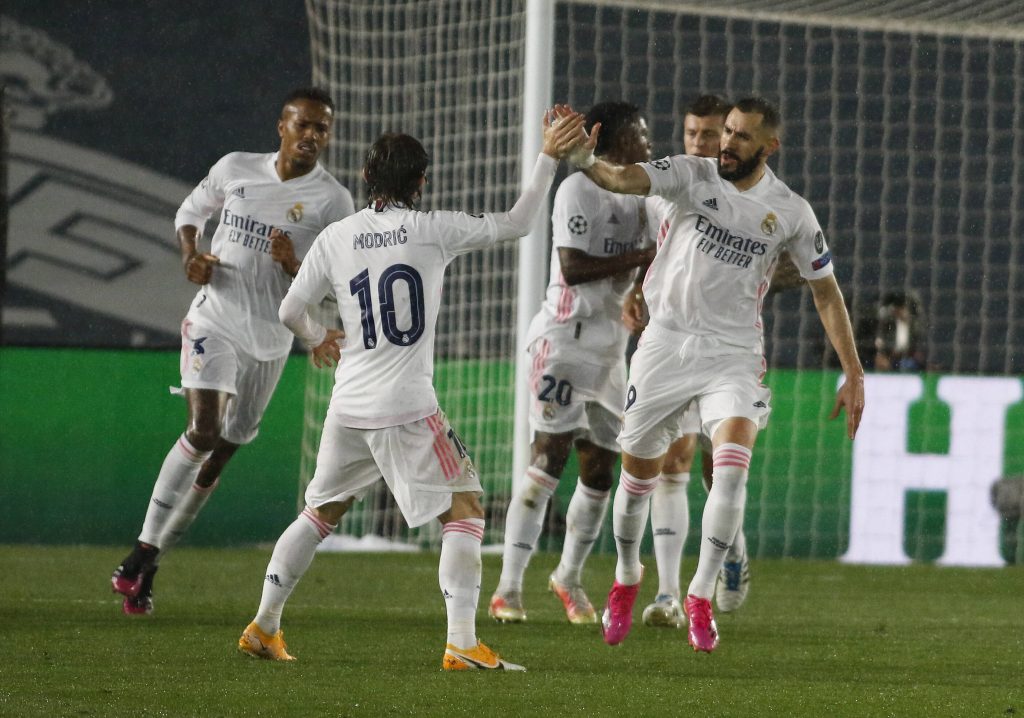 Real Madrid’s hopes of retaining the La Liga title are on the line as they welcome Osasuna to the Alfredo di Stéfano Stadium on Saturday, and you can watch this and other La Liga fixtures live.

Despite being held to two bore draws in their last three La Liga outings (W1), Los Blancos remain firmly in the title run-in as they sit two points adrift of league leaders Atletico Madrid in the La Liga table.

Meanwhile, tucked in mid-table comforts, the visitors have enjoyed more than a decent season by their standards so far.

Since suffering a disappointing 2-1 home defeat to Levante on January 30, Madrid have gone unbeaten in 18 consecutive games in all competitions (W12, D6).

At home, Los Blancos have won each of their last 11 competitive meetings with Osasuna, with 81.82% of those victories yielding a winning margin of 2+ goals.

In their last five La Liga H2Hs in the capital, Zinedine Zidane’s men have netted an average of 4.4 goals per game, winning each encounter by over 1.5 goals, which makes this an ideal game to watch Real Madrid live.

By contrast, the reigning Spanish champions have failed to find the net in three of their last five outings in all competitions, including a goalless draw with Betis in their most recent home league fixture.

But defensively robust Madrid have conceded the second joint-low ten La Liga goals at home this season, letting in an average of just 0.62 goals per home league match.

Osasuna’s 2-1 loss at Celta Vigo last time out ended a run of three straight La Liga victories, all of which saw them score at least twice.

Before the abovementioned reverse at the Balaidos, Los Rojillos were undefeated in four away league matches on the bounce (W3, D1), keeping three clean sheets in the process.

Indeed, Jagoba Arrasate’s men have been hard to penetrate at the back this season, conceding 2+ goals in just 31.25% of their La Liga trips so far (5/16).

After playing out a scoreless draw at the Estadio El Sadar in the reverse fixture earlier this season, Osasuna can avoid defeat in both matches against Madrid in a single La Liga campaign for the first time since 2003/04.

A half-time deficit could put this showdown well beyond the visitors’ reach, given their 87.5% lose ratio in La Liga games that saw them trail at the interval this term (GP8 – D1, L7).