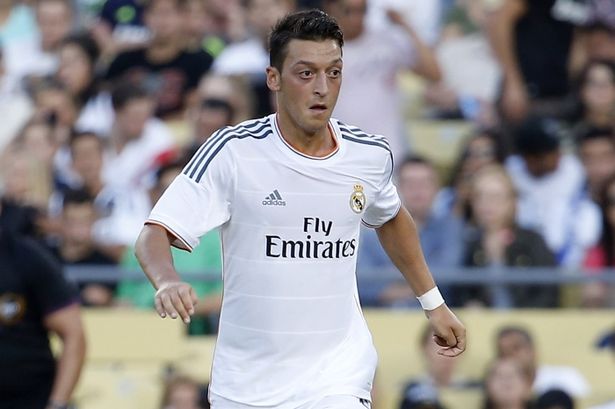 Finally, the transfer hang-over is over. Or is it? We have had some shockers on a frantic transfer deadline day yesterday. Everton, Arsenal and Manchester United were all busy with paper works and have finally managed to land some of their targets.

Let us do a short summary on how the transfer window changed the landscape of English teams over the course of three months.

Manchester City made all the noises early in the summer and likewise Tottenham were equally busy in breaking their own transfer records, one after another, but it was Arsenal, who stunned everyone, including their own supporters by landing Mesut Ozil from Real Madrid.

Real Madrid usually pay big for shiny diamonds in the market and often break their own records to buy them too. Often. Florentino Perez claimed earlier in the summer that Gareth Bale was destined to play for Madrid and has kept his word.

The Welshman was signed for a record fee of £85.3 million, eclipsing the £80 million record move; that saw them sign Cristiano Ronaldo from Manchester United. Bale was signed by Tottenham for £10 million in 2007 and they sold him eight times more after reaping six seasons of his services. Deal of the decade? Anyone?

13 – Number of players bought by Sunderland in the summer transfer window. Re-building.

For once, we did a nice imitation of Opta, isn’t it?

By sold, here we meant players sent out on loan as well. Arsenal and Chelsea gave a tough fight on clearing the dead woods. Ultimately the Blues won, with 30 players being offloaded.

Transfer(s) of the season

This is certainly going to be one hell of a subjective topic. City have signed so many quality players, likewise Spurs did some great deals too, Arsenal have signed Ozil, while Chelsea have landed a terrific player in Willian. Simon Mignolet has been excellent for Liverpool as well. Tough choice!

Well, so many clubs have broken their transfer records this season. Arsenal have done that by signing Ozil on the transfer deadline day. Southampton showed ambitions too by landing Victor Wanyama from Celtic for £12.5 million. Swansea have broken their records too by signing Wilfried Bony for £12 million, while Spurs have landed Roberto Soldado on a transfer record too from Valencia. Ricky van Wolfswinkel also became a record signing for Norwich City.

It has to be Mr. Fellaini and Manchester United. The Belgian was linked with United this summer, but it became very clear with every passing day, that he was not at all the first choice of the club by any stretch of imagination. The Red Devils tried their level best for the midfield dynamo from Athletic Bilbao (strong contender for Embarrassment of the season), even sending representatives to Spain on the final day. Having seen all doors closed, Moyes resorted to making a move for Fellaini. In the end, they signed a guy, who could have saved the club few million bucks, had they triggered his release clause before (which expired a few weeks back). Please, don’t try to justify it, like Liverpool fans did about Andy Carroll few seasons back.

Saga of the transfer window

Wayne Rooney’s situation dragged on till the very end, and the England star was given an ultimatum too. But, nothing is comparable to Luis Suarez’ saga.

The guy is a real entertainer. He wanted to leave. The club didn’t want to sell. That was fine till then, a normal business. It became serious, funny, and ludicrous when Arsenal started to show interest. The club’s principal owner John Henry took twitter to take a snipe at their rivals, the player himself begged for a move and even threatened to go to tribunal, ultimately found out that he has been pushed to the farthest corner, where a move out is simply out of the equation.

Juan Mata saga come close too, but the Spaniard remained tight-lipped through the summer, letting the media post non-sense about him.

Now that the Transfer Window is closed, as a passionate football fan you can focus on creating your ideal and most competitive fantasy football team. EuroFantasyLeague.com is one of the newest and most entertaining football fantasy games allowing you to play in a single-league format or a multi-league one.

If you prefer to focus on England’s Premiership, then you can opt for the single-league version of the game and pick the EPL or perhaps Spain’s La Liga if you want to settle once and for all the debate of who is worth more: Lionel Messi or Cristiano Ronaldo? Perhaps you can build your team around either Messi or Ronaldo and compete to see who at the end scores more in fantasy points.

a href=”http://www.EuroFantasyLeague.com”>EuroFantasyLeague.com (EFL) offers a free version, the Basic Game, for all the fans who want to play the game but just for fun and without paying. For the more passionate fans, you can join the paid version of the game, either in the Single-League or Multi-League version.

If you pick the Multi-League version, then you can choose players from across five leagues and combine some of the new signings together such as Bale, Kaka and Ozil.

The paid version of the game, both in the single and multi-league formats, offers Prizes to those who are in the top five positions at the end of football season. The other advantage is EFL offers partial-season prizes which mean those who join today or next week still can win Prizes if they choose their teams carefully. You can also create a Mini-League made up of just your friends or co-workers if you to choose to for fun and laughs.

You can follow EFL on Twitter @EuroFantasyGame and if you feel you can use your passion for the game and have the skills to compete against your family or friends, then check www.EuroFantasyLeague.com and join today.