I remain a slave to tradition. Every year, I make a complete fool of myself at the office Christmas party, and this year was no exception. After consuming a few too many ales, I made a misguided play for the cleaner under the mistletoe. He was absolutely livid.

My luck is unlikely to improve over the holidays. The wife has invited her mother and her sister to Christmas dinner. Ho Ho Ho.

I refuse to wallow in self pity though, as there are children in this world who live in near poverty. In a completely selfless gesture on my part, I’ve bought myself a new pair of trainers to reward their strong work ethic.

In an uncharacteristic piece of good fortune, I’ve been spared the expense of weighing in for gifts for my own kids. As Blackburn fought back to 2-2 against Arsenal in midweek, the little ones overheard me say that Santa was literally on fire. I’m investing the savings on a Blackburn win over Chelsea at 7/2.

The most annoying aspect of the ‘festive’ period is probably the repetitive advertisements. Ian Wright looked to have won the award for the most grating commercial, until Jamie Redknapp and Tim Lovejoy formed an unstoppable axis of evil.

I’ve disgracefully found myself singing along to that awful ad that accuses Reo-Coker of buying knock-off DVDs. Such a practise is reprehensible: you can download movies for free off the internet. 11/10 for a Villa win over Manchester City is another spectacular giveaway.

Michael Owen must be a happy man after Manchester City declared an interest in his services. The miniscule hitman has suffered more than his fair share of injuries throughout his career, and under Sam Allardyce, a strained neck is almost inevitable. I’m hardly sticking my neck out by suggesting a Newcastle win over Derby at 2/5.

Tottenham and Arsenal do not get along. The animosity was born in 1913 when Arsenal invaded their territory, and tensions rose further when the Gunners replaced them in the top flight after a ballot in 1919. The relationship between the two clubs completely deteriorated in 2007, when Alan Davies tried to eat Chas and Dave for resembling the homeless. I’m putting my house on a draw between the fierce rivals at 3/1.

When Gary Megson arrived at Bolton, he had a 1.7% approval rate, and there was a 2% margin for error. The people of Bolton are warming to the ginger Mourinho; he can turn the screw on Birmingham at even money.

Alan Curbishley is worried that Anton Ferdinand is in danger of embracing a pop-star culture. The West Ham boss has nothing to worry about; all pop-stars are good-lookers, with the exception of Lily Allen. I’ll be happy to get on the 23/10 for a draw between Middlesbrough and West Ham.

I felt sorry for Steve Bennett as he had to face Roy Keane after ruling out a legitimate Sunderland winner last week. I’d sooner go into a tunnel with Henri Paul than the volatile Irishman. I’ll be absolutely smashed when Reading oblige at even money against Sunderland. 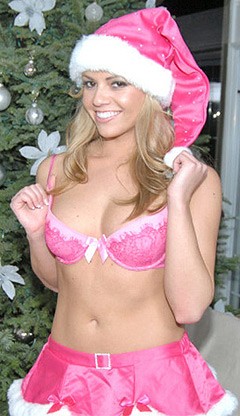 Manchester United are way too short at 4/9 for the visit of Everton. The Moyes Boys are on a 12 match unbeaten run, and they’ve left Old Trafford with a point on two of their last three trips. The Toffeemen are available at 9/4 to avoid defeat, which has left me as excited as Wayne Rooney on ‘Gran Slam Sunday’.

These cold mornings are absolutely killing me. The wife nicked my toast this morning, which was bordering on an absolute liberty. Ronaldo can empathise with my situation, as Marcus Bent has reportedly been playing with his porridge. I’ve got the oats to get my cash down on a Fulham win over Wigan at 23/20.

Christmas is especially hard on little orphan children. It’s perfectly understandable that the more vulnerable will struggle to adapt to a strange new home at this time of year, and some will even consider running away. I heard reports just last weekend that a young Spanish lad went missing in Liverpool. Fernando will mark his return by sleighing Pompey at 4/7.

I’m all for enjoying the excesses of the festive period, but I also take the time to contemplate the real meaning of Christmas.

To those with faith, he was a saviour; but he suffered on the cross. I just hope he lets a few more in for Pompey this weekend. Liverpool, Aston Villa, Bolton, Reading and Newcastle form a nailed-on Christmas accer at a perfectly pious 15/1.

Copy-paste the set of weekend fixtures and tell us your predictions in the comments below: