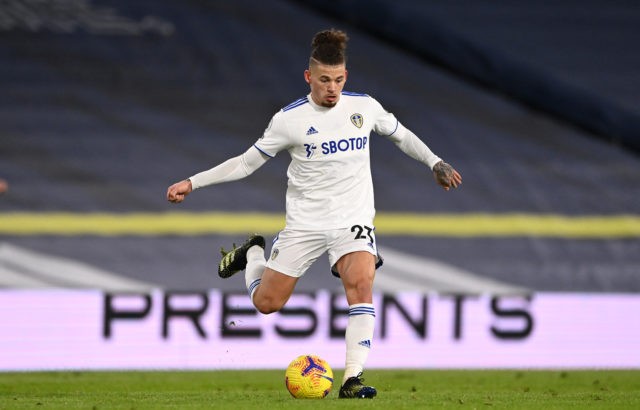 Leeds United will travel to the Emirates Stadium to face Arsenal in the Premier League on Sunday.

The Whites are heading into this match on the back of a brilliant 2-0 win against Crystal Palace on Monday night.

Marcelo Bielsa’s side are in good form at the moment, having won three of their past four games in the Premier League.

Bielsa revealed on Friday that midfielder Kalvin Phillips is doubtful for the game, while Pablo Hernandez has been ruled out.

The likes of Rodrigo and Ian Poveda are also missing. Diego Llorente and Robin Koch are expected to be out on the sidelines for a while.

Bielsa may not risk using Phillips for this game.

In that case, Stuart Dallas or Pascal Struijk can play as a central defensive midfielder.

Mateusz Klich is another option for the Argentine. However, the 30-year-old has looked brilliant in recent matches playing as a box-to-box midfielder, and Bielsa is unlikely to change his role.

Jamie Shackleton could be used here. The 21-year-old central defensive midfielder has made only one league start this season, but he has featured nine times from the bench.

He is a highly-rated young talent who has always performed whenever he was called upon. He could be a like-for-like replacement for Phillips in case he misses out.