Arsenal’s Champions League campaign got off to a poor start as Borussia Dortmund scored on either side of half-time to secure a deserved victory. The Gunners were made to look ordinary and had Dortmund players been more clinical in front of goal, Arsenal might have been contemplating on one of the heaviest defeats of the competition and that is no exaggeration. 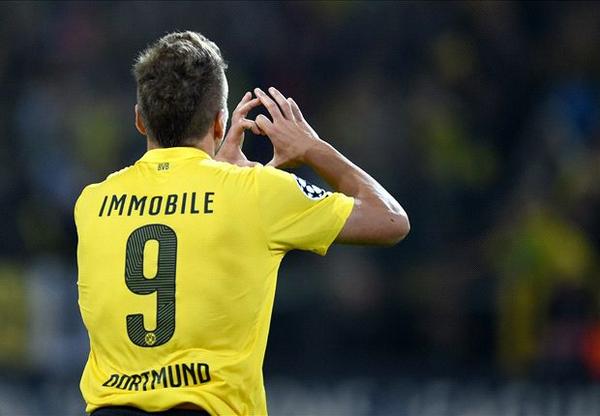 a) It’s getting bad to worse for the Gunners. With two wins in seven games and no sign of victory in last three matches, Arsenal fans have every reasons to worry about how things are going at the moment.

b) The 4-1-4-1 system is not working. The system was basically implemented to push Jack Wilshere and Aaron Ramsey further up the pitch. With Wilshere now facing an injury scare, it remains to be seen whether Wenger still continues with the same system in coming games.

c) The current system also limits the contribution of Mesut Ozil. The German superstar, who is a natural no 10, is being wasted on the left-hand side. One of the reasons why Wenger didn’t buy Fabregas this season was he already had Ozil in that position. While Fabregas has been firing all cylinders in his natural central midfield position at Chelsea, it is baffling why Wenger continues to play Ozil out of his position.

d) It was a ruthless domination from the host. While Arsenal enjoyed a lion share of possession, Dortmund managed 23 shots in the match and seven times more shots on target than their opponents.

e) Dortmund usually play a high tempo football under Jurgen Klopp. The shot difference between the two sides says it all. Probably, they were lacking a bit of efficiency, which will only get better once key players like Reus, Gundogan and Sahin returns from injury.

f) In 4-1-4-1 system, the role of the defensive midfielder is crucial. The role demands the player to sit deep and help in breaking down opposition attacks. There was hardly any defensive presence in the midfield for Arsenal with Arteta giving the ball away so cheaply at times that it almost led to a goal on couple of occasions. If the defensive midfielder goes missing, it leaves acres of space between midfield and defence, which is almost suicidal considering the presence of Mertesacker (a slow defender) at the back.

g) Having said that, it was Arsenal who created three excellent opportunities and had they taken those chances, the result could have been different.

h) In a tough competition like Champions League, especially if you are an away team, you have to take your chances. It must be frustrating for the manager to see his central striker failing to convert at least two clear-cut chances. Danny Welbeck brings more to the game with his industry and discipline no doubt, but he seriously needs to work on his finishing.

i) Due to a lack of defensive resistance in the Arsenal midfield, Dortmund forwards could bomb forward in numbers. Take a look at Ciro Immobile’s goal for example – he took the ball from almost the halfway line and then moved forward with no resistance at all. He was bit fortunate in the build up to the goal, but he made it all for himself and the finish was absolutely top class.

j) The injury to Wilshere is a big blow to Arsenal. The England midfielder was just returning back to his best but he twisted the same ankle that ruled him out 18 months at the start of his career. And once again Arsenal find themselves in the middle of a chronic injury crisis, with Calum Chambers, Nacho Monreal, Mathieu Flamini, Yaya Sanogo, Mathieu Debuchy, Olivier Giroud and Theo Walcott, all occupying the treatment room at the moment.