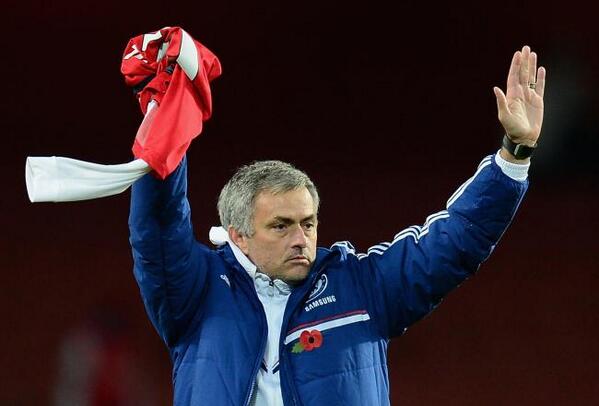 Jose Mourinho was seen hugging his former player Mesut Ozil and has kept his shirt as souvenir after the match, where Chelsea defeated Arsenal 2-0 in Capital One Cup tie to reach the quarter finals.

It was a one sided game really where Chelsea dominated from the beginning and enjoyed a lion share of possession. Spanish duo César Azpilicueta and Juan Mata found the back of the net, as the Blues enjoyed a comfortable night at the Emirates. 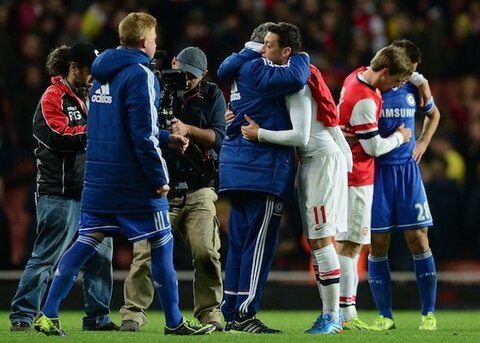 Ozil was one of the key players of Real Madrid under Mourinho and after the match the Portuguese was seen keeping his shirt and hugging him too. While Mourinho re-joined Chelsea in the summer, Ozil moved to Arsenal on the transfer deadline day for a record transfer fee.

It was a nice gesture from the Chelsea boss and it shows there’s enough affection between the two. 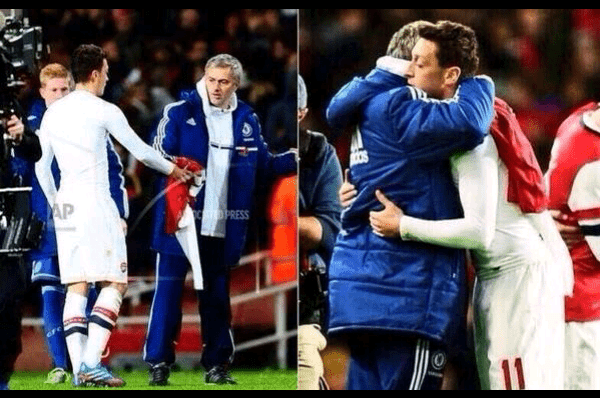