Arsenal dropped to second in the Premier League after their league encounter with London rivals Chelsea ended in a 0-0 draw at the Emirates tonight.

Both the teams hardly threatened to score and leaves very little talking points really, but one of them which we can discuss is definitely the poor referring from Mike Dean.

Not only had he failed to spot a genuine penalty in the first half but he failed to book players for some dangerous challenges as well.

First, is the case of John Obi Mikel. Mikel Arteta was recklessly challenged by the Nigerian and should have seen the Red card or at least a yellow. 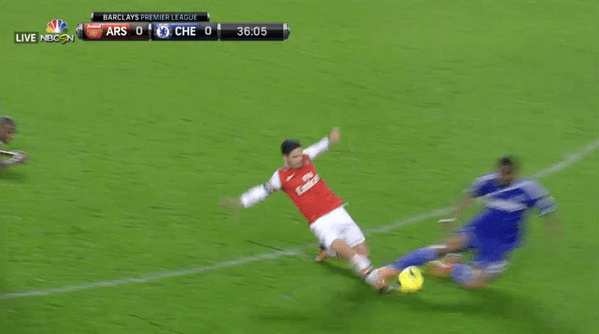 The second challenge was also a bookable offence. Ivanovic clearly raised his boot high (as you can see in the picture) and touched the chin of Mesut Ozil, but Mike Dean failed to spot it again. 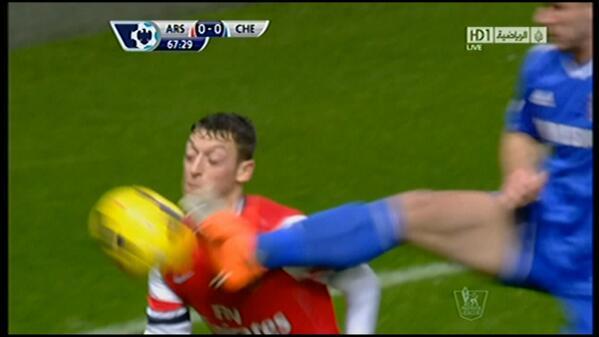