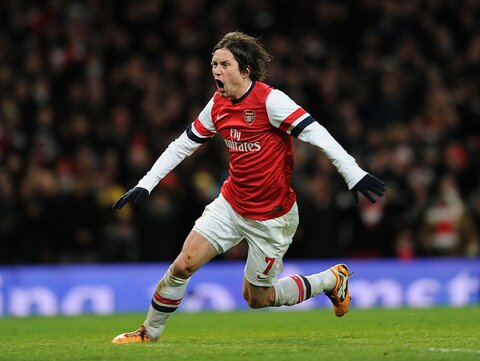 Arsenal moved into the 4th round of the FA Cup after the Gunners earned an emphatic 2-0 victory over their North London rivals Tottenham Hotspur at the Emirates Stadium on Saturday.

The Gunners were totally dominant from the on-set and bagged both the goals in either half of the match. Santi Cazorla opened the scoring for the Gunners, after young Serge Gnarby found him in the box with a delightful pass – the Spaniard slotted home with great aplomb.

Tomas Rosicky added another in the second half. The 33-year-old scurried into the penalty box, after pouncing on a mistake from Spurs defender Danny Rose and kept his composure to score his first goal of the season.

The Czech midfielder said after the match:

“When I play in the [No 10] position, I try to put the opponents under pressure and it paid off for me this time. I went there and took the ball and went through on goal.

“It’s my first of the season and against our main rivals so it’s good.” 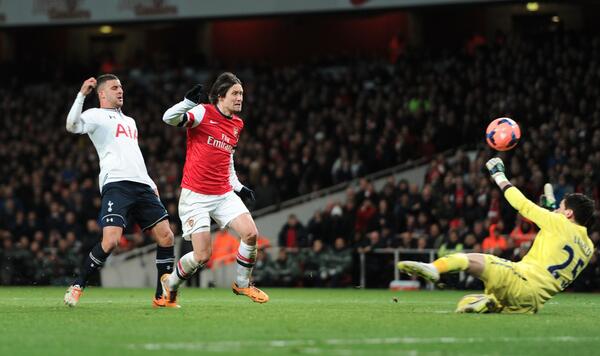